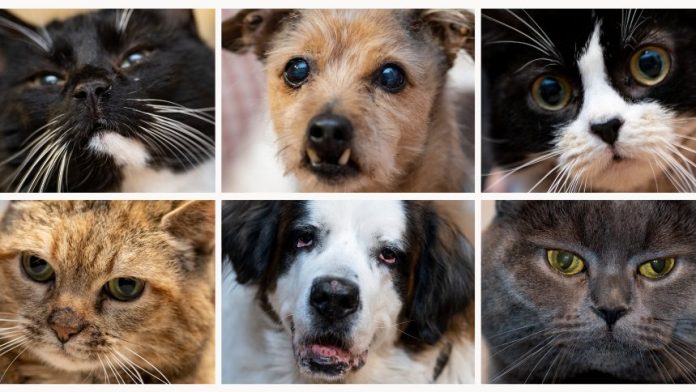 The most popular dog names in the year 2018 are also in the favor of young parents, at the very top: How the “pet registry, Tasso’s” informed, Luna, Bella and Emma, the rankings for females.

The most popular Name for male puppies is Baloo/Baloo after the bear from the animated classic “the jungle book”. After all, a pet name, however, Bruno and Max find themselves in the Top Ten of the males. On place two and three to land a Buddy, so buddy and Charlie/Charly.

In cats, Lilly, Luna and Lucy are the most popular. In the case of the cats, Leo, has ousted the longtime leader, Felix.

the Background of the increasingly menschel the naming is that Pets are now seen as full-fledged members of the family. According to a study by the University of Veterinary medicine Hannover (Tiho), almost half of the pet owners their four-legged friends as a substitute for their own offspring. Some of the veterinarian know the saying, “The last child has fur.”

“The original main functions of the Pets fall away,” says Peter Kunzmann, Professor of ethics in veterinary medicine at the Tiho. So the cat, rodent. Dogs would only be used infrequently for the protection of house and yard.

Minka and Mohrle are out

in the Hessian town of Sulzbach-based club is financed by donations. The focus is on the search for runaway animals and their placement, spokeswoman Laura Simon says. The naming of the Mode is subject to proof in the Tasso-lists from the time before 1990. Popular with the females, Susie, Lady, Anka, Trixi, Senta, Cindy, Cora, Tina, Asta and Jenny were at the time. Female cats were often Minka, Susi, pussy, Mausi, Mohrle, Pussy, Tiger, Lisa, Micky or kitty.

The lower Saxony dog register in which all dog owners to register in the country of your four-legged friends, are the names voluntarily. The Ministry of agriculture in Hannover, approximately 387,000 dogs are now registered. Under the name of the same favorites, almost as in other Rankings: Max, Sam, Lucky, Rocky, Luna, Emma, Bella, and Amy. In addition, the lower Saxony have a special fondness for Paul and Paula.