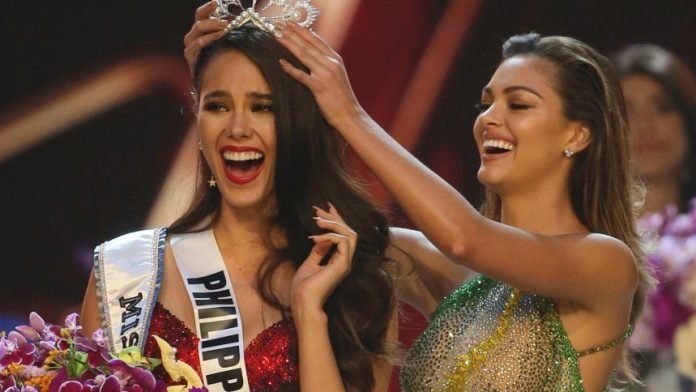 The new “Miss Universe” comes from the Philippines: The 24-year-old Catriona Gray has been crowned on Monday in the final in Bangkok to the new title winner. Their first Deputy was Tamaryn Green (24) from South Africa. On the third place, the 19-year-old Venezuelan Sthefany Gutierrez landed. Overall, it had managed ten national beauty Queens from all over the world in the hours of final.

Miss Universe in 2018 is… PHILIPPINES! pic.twitter.com/r2BkN8JpXh

Under the originally nearly a hundred candidates, the Spanish Ángela Ponce – who had come 28 years ago as a Boy, to the world. For the first time in the history of the Miss Universe competition, a TRANS woman entered. Some of the betting offices Miss Spain was even regarded as the biggest favorite to win (more on Ponce and the criticism of your participation you can find here). Ponce did not make it, however, in the round of the last ten.

winner Catriona Gray now replaces the South African Demi-Leigh Nel-Peters, who had been crowned in the previous year to Miss Universe.