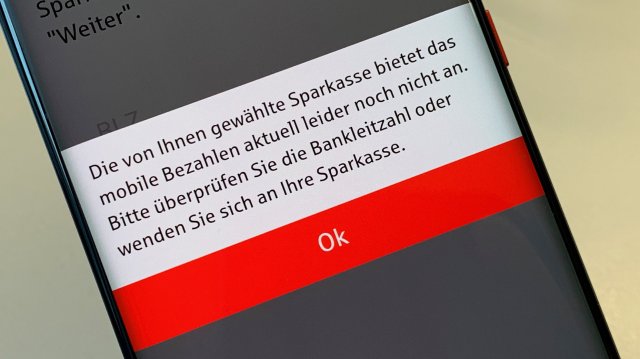 It is quite usual that new online services and offerings from US companies will only be introduced with a few months delay in Germany. In the case of Apple Pay, however, the waiting time was considerably longer than usual. The System to Pay via the iPhone had been introduced in October 2014 in the United States, launched in the summer of 2015 in the UK and is now widely used, for example, in France and Spain – not only in Germany.

That should change now. Via press release, Apple said on 11. December launch of Apple Pay in Germany. For the introduction of 15 financial institutions will support the new service. Including Deutsche Bank, the HypoVereinsbank, Fidor, and the Hanseatic Bank and Comdirect, but also Fintechs as N26 and boon, bunq, Vimpay and Edenred. In addition, the three major credit card companies American Express, Visa and Mastercard (including Maestro).

That Apple will introduce its payment service is only now that a Germany, is mainly attributed to the resistance of banks and savings banks, to return, preferring to introduce their own systems to cashless Pay. The German savings banks and Giro Association has published the end of July, the App “Mobile Pay”, which enables savings Bank customers to pay with the Smartphone.

The offer applies only for Android users, because Apple has made the mobile and Pay the necessary NFC Chip in its iPhones for third-party providers. In addition, all of the 390 savings banks in Germany do not offer the Pay by Smartphone.

How to do this in practice?

In everyday life, it should be quite easy to pay with your iPhone or Apple Watch at a checkout: You press twice the side button of phone or Smartwatch to initiate the payment process. Depending on the device, you have to look then either a short in the camera, his Finger on the fingerprint sensor, or enter a Pin to identify themselves. It holds cell phone or at a Terminal, the payment will be made. A green check mark on the screen indicates the completion of the operation.

On Apple’s website on the topic are listed at the Start of 41 partners, the Apple Pay will accept as a payment method. These include supermarket chains such as Aldi, Netto and real, as well as Burger King, McDonald’s, Starbucks and Tchibo. Also the toilet in the case of Sanifair, you will be able to pay with the mobile phone, the petrol stations of Aral, and Shell use of the System. In addition, Apple Pay also in various Apps and Webshops use, such as in the case of the airline Emirates or mytaxi.

The main requirement is a card from a Bank that supports Apple Pay. A list, which is constantly supplemented with new partner banks, you will find here. In addition, you must have an Apple Account, you log in to Apple’s iCloud. As a Hardware you need: An iPhone, or an iPhone 6 or newer or an iPad mini 3, or 4, iPad Air 2, a iPad 5. or 6. Generation, or an iPad Pro. or Apple Watch or a MacBook Pro, or MacBook Air with TouchID or is a Mac, of 2012 or later has been introduced (in this case, a compatible iPhone or Apple Watch is required). For all devices, you should be equipped with the latest Version of the operating system.

Germany is a special market. The Motto here is “Cash is king was particularly long.” Still, with 47.6 per cent of payments in this country are settled in cash. In the meantime, however, the conversion to Terminals that support contactless payments via the NFC radio is advanced, in this country.

industry experts expect this to Pay with the Smartphone by now. Before Apple, Google had introduced in the June payment system with Google Pay. Also, the electric market Saturn experimented with an appropriate System.