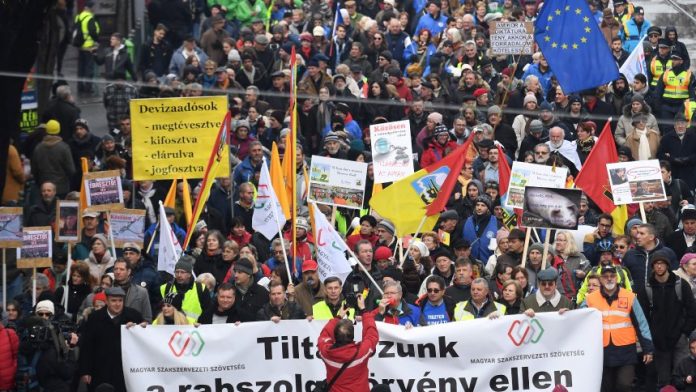 With Whistles and sirens tried the Opposition, to prevent the vote. The deputies locked in addition, the stairs to the Präsidiumspult, so that the Vice President had to handle the vote of its members Bank. Has used it the protesters nothing.

Hungary’s Parliament on Wednesday approved a controversial bill: It allows employers, the number of Overtime hours they can expect of their employees per year, from 250 to 400 raise. In addition, companies can have up to three years to pay Overtime or compensate for. For a period of one year.

The Opposition spoke of a “slave law”. The trade unions fear that workers may be forced by their bosses to massive hours of Overtime without appropriate remuneration.

More on the topic of survey on working time, The great longing: more leisure time

For the template 130 deputies of the government party, Fidesz, the right-wing nationalist Prime Minister Viktor Orbán agreed to. There were 52 votes against and one abstention, reported the state news Agency MTI.

The left-liberal deputies, Timea Szabo went on to Orbán, who attended the meeting on the government bench, and blew a whistle right in the face. The head of the government endured it with scrunched eyes, but still left.

Against the controversial overtime rules were demonstrating on Saturday in Budapest, 10,000 people. They were followed by a call to the trade unions. The German IG Metall has sent a message of solidarity.