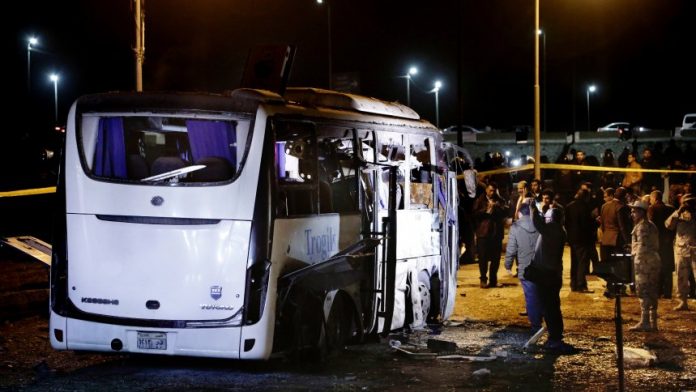 A day after a deadly attack on a Bus carrying Vietnamese tourists in Giza, the Egyptian security forces have killed according to their own statements 40 suspected terrorists. The Suspects had been killed to hide in coordinated operations “in the three Terrorists” in Giza and to the North of the Sinai Peninsula, informed the Ministry of the interior.

The alleged terrorists had planned a series of attacks against government institutions, tourism institutions, security forces and churches, reported the state television with reference to the Ministry.

On Friday evening, had been killed in a bomb explosion near the pyramids of Giza in the South of the capital Cairo, three Vietnamese tourists and their Egyptian guide. Twelve other people were injured in the attack on the tourist bus, according to state figures.

Since the overthrow of Islamist President Mohammed Morsi by the military in 2013, the security situation in Egypt is fragile. Again and again it comes to attacks. Often security forces and Copts are the target. But tourists were already the target of attacks. In July last year, two German women have been murdered in a knife attack in Hurghada.