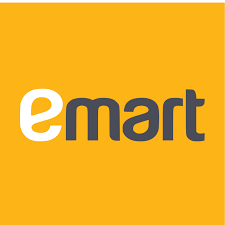 Compared with its close competitors within the same industry, KOSPI, since the monthly volatility of E-mart was at a low level, the earnings rate over one month was also relatively lower than that of its peer group.

Comparing industry to the market, the KOSPI industry including E-mart records lower volatility but a higher earning rate than Distribution. In other words, the industry had been safer with high returns.

However, during the same period, Foreigners have sold 266,694 shares with the maintenance of a selling position.

Regarding the statistics for the past month on trade volume as the total outstanding shares, the daily turnover rate of E-mart was 0.37%. And the daily volatility, the average range of rise and fall, during the same period is 2.45%.

As per the inquiry for shareholding by the investor group, the major investor group is Foreigners with 43.83% from total outstanding shares. Individuals and Institutions each hold 30.64% and 24.86%.

And as recent 5-day shareholding change by the investor group, Foreigners is the major investor group with 36.2%. Individuals hold 31.8% and Institutions hold 31.02%.