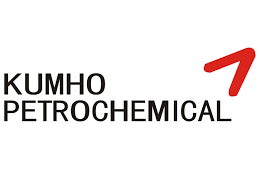 Compared with its close competitors within the same industry, KOSPI, even though the monthly earnings rate of Kumho Petro Chemical was negative, its volatility for 1 month was relatively higher among its peer group.

Per analysts’ expectations during the recent month, the average target price of Kumho Petro Chemical is 122,400 won. The stock price is 95,300 won as of yesterday, so there is 27,100 won (28 percent) disparate in order to be able to increase.

However, during the same period, Institutions have sold 296,173 shares with a selling trend.

Regarding the statistics for the past month on trade volume as the total outstanding shares, the daily turnover rate of Kumho Petro Chemical was 0.46 percent. And the daily volatility, the average range of rise and fall, during the same period is 3.79 percent.

As per the inquiry for shareholding by the investor group, the major investor group is Individuals with 38.04 percent from total outstanding shares.

Tim Kim - September 28, 2022
0
Food company cooperates with Jeju farmers South Korean food giant Ottogi announced on Sept. 28 that it had come up with a series of unique...