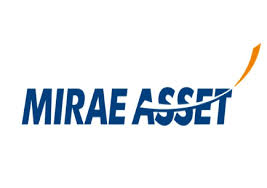 Compared with its close competitors within the same industry, KOSPI, the monthly volatility of Mirae Asset Life Insurance was not so high, the earnings rate for 1 month was also the lowest with the decline of the stock price.

Comparing industry to the market, the KOSPI industry including Mirae Asset Life Insurance records higher volatility and earning rate than Financials. In other words, the industry exceeded the market with momentum.

Per analysts’ expectations during the recent month, the average target price of Mirae Asset Life Insurance is 5,830 won. The stock price is 4,460 won as of yesterday, so there is 1,370 won (30 percent) disparate in order to be able to increase.

From June 13, Foreigners have been continuously selling Mirae Asset Life Insurance during the past 2 trading days.

As a shareholding sum by the investor group for the past 4 weeks, Foreigners have bought 65,540 shares and Individuals have bought 441,833 shares with an increasing position.

However, during the same period, Institutions have sold 509,334 shares with a selling trend.

Regarding the statistics for the past month on trade volume as the total outstanding shares, the daily turnover rate of Mirae Asset Life Insurance was 0.05 percent.

If the turnover rate is quite low like this, it may be hard to trade due to its low degree of liquidity. Thus, one must pay attention in order to trade Mirae Asset Life Insurance.

And since the range of rise and fall is quite large, it is better to pay attention to the distorted stock price.

As per the inquiry for shareholding by the investor group, the major investor group is Individuals with 38.89 percent from total outstanding shares. Institutions and Foreigners each hold 32.33 percent and 28.49 percent.

And as recent 5-day shareholding change by the investor group, Individuals is the major investor group with 38.26 percent. Institutions hold 36.66 percent and Foreigners hold 24.81 percent.