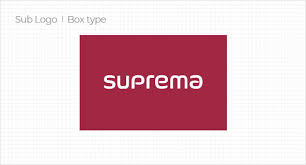 As of Apr. 22 10:25 A.M., Suprema increased 5.58 percent, compared with yesterday, to 28,400 won. Suprema is a Korean biometrics company headquartered in Seongnam, near Seoul.

Compared with its close competitors within the same industry, KOSDAQ, the monthly volatility of Suprema was around the average of that of its peer group, but the investment return for 1 month was at an absolutely low level.

Comparing industry to the market, the KOSDAQ industry including Suprema records lower volatility but a higher earning rate than Electrical & Electronic Equip. In other words, the industry had been safer with high returns.

Per analysts’ expectations during the recent month, the average target price of Suprema is 39,000 won. The stock price is 28,400 won as of yesterday, so there is 10,600 won (37 percent) disparate in order to be able to increase.

From Apr. 18, Institutions have been continuously selling Suprema during the past 2 trading days.

As a shareholding sum by the investor group for the past 4 weeks, Institutions have bought 64,252 shares in spite of lowered the position recently and Individuals have bought 38,466 shares changing stance to buying from selling.

However, during the same period, Foreigners have sold 132,292 shares with the maintenance of a selling position.

Regarding the statistics for the past month on trade volume as the total outstanding shares, the daily turnover rate of Suprema was 2.22 percent. And the daily volatility, the average range of rise and fall, during the same period is 2.04 percent.

As per the inquiry for shareholding by the investor group, the major investor group is Individuals with 66.29 percent from total outstanding shares. Institutions and Foreigners each hold 19.34 percent and 12.98 percent.

And as recent 5-day shareholding change by the investor group, Individuals is the major investor group with 66.71 percent. Institutions hold 16.13 percent and Foreigners hold 16.03 percent.