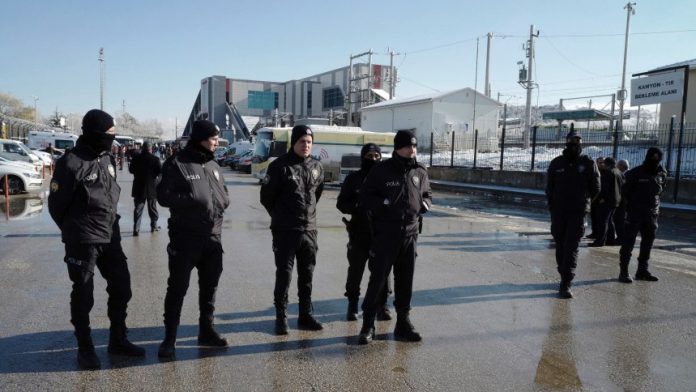 once Again, a German in Turkey has been arrested. The man, however, was only in temporary custody. Turkish authorities accuse the 56-Year-old to have Posts on Facebook, a terrorist organization supported, such as the “Süddeutsche Zeitung”, the WDR and the NDR reports. Although the man live in Munich, had been released; he is not allowed to leave the country.

The man is mentioned on the Internet a number of times in connection with a prokurdischen Association. On its Facebook page members wrote on 28. December that the “long standing member” in the afternoon of the 27. at the airport in Ankara by the Turkish police arrested. “He had traveled to Turkey to attend his mother’s funeral … to participate,” it says.

The “süddeutsche Zeitung”, it’s supposed to be in the Facebook entries, to which the Turkish authorities take offense, “the demand for an independent Kurdistan”. The Foreign office confirmed that the case was known. The Embassy in Ankara to take care of the male consular.

Over 40,000 accounts on social media searches

critical of the Government records in social media in Turkey accuse regularly, for example, due to terrorist propaganda or supporting a terrorist organization. The Foreign office had tightened so it was only in October, the travel advice and warning German citizens now in front of government-critical views in social media.

This can give the foreign office, according to Statements, “which are covered according to the German understanding of the law of freedom of expression, give rise to criminal proceedings”. It must be assumed, “that is not public comments in social media would be redirected through anonymous denunciation” to the authorities.

In a recently published annual report of the Ministry of the interior, it is said that Turkish investigators. in the framework of investigations to “Cyber-crime” in 2018, around 42.400 accounts on social media searches According to the report, it was a so-called terrorist propaganda, hate speech, or insult of state men. Against of about 18,300 users had legally been taken.

In 2017, had triggered a series of arrests of German nationals, a serious crisis between Ankara and Berlin. With the release and departure of a few prominent cases – including the “world”Reporter Deniz Yucel – had relaxed the German-Turkish relations at the end of last year. But five German citizens sit according to official figures, is still in prison for political reasons. Some processes are still running. Other prisoners were to met recently sentenced to prison.