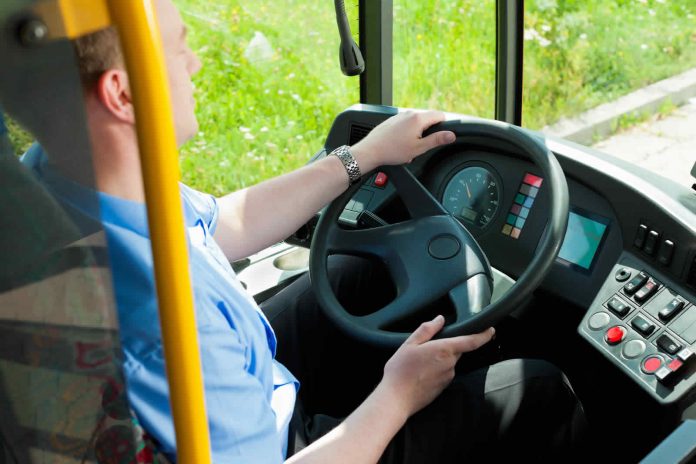 A recent investigation that looked at documents and transcribed interviews revealed that a number of bus drivers in New York state were hired and allowed to transport loads of kids to and home from school despite having criminal records, including DWIs.

The investigation reported that one driver was found to have served two years in prison for burglary, while a second was convicted of drunk driving. Another was convicted for placing a hidden camera in order to spy on a naked woman, while still another was charged with physical assault and threatening to kill his pregnant ex-girlfriend. The list goes on.

The New York Education Department spokeswoman, Miranda Barbot, stated that all New York State school bus drivers undergo background checks by the State DMV, including an FBI criminal history review. However, parents and others are challenging this statement. They claim that the background checks do not always take place and when they do, they are often too superficial to reveal criminal records, posing a serious risk to the safety of young children.

The situation in New York where convicted criminals are driving around busses full of youngsters is not unique by an means. Requirements for school bus drivers vary from state to state, and as such, there are likely many unqualified, dangerous and otherwise unfit drivers at the wheel. While some states do require background checks, in others states no background checks or screenings are even required. Even in cases where checks are mandated, as in New York, they are often not thorough enough to eliminate an unfit or dangerous candidate.

This situation results in drivers with all sorts of criminal convictions including drunk driving charges, firearms violations, drug offenses, felony assault, child endangerment and sexual assaults and more in charge of the safety and lives of millions of kids each day. Moreover, because school bus drivers rarely cross state lines the federal safety regulations for screening and background checks that apply to other commercial drivers do not apply to these drivers.

The problem is a major and growing concern for parents and school districts across the country considering that 21 million children ride on school buses each day, according to  Ankin Law Office LLC. Without thorough and comprehensive checks in place it is not possible to identify which candidates have been involved in deadly crashes, have DUI offenses, or have other criminal backgrounds or records. The situation is even more dire in regards to existing bus drivers compared to the candidates being interviewed for an open position. Typically, the only time existing bus drivers’ credentials are checked is when they are up for recertification, and this usually involves only a procedural bureaucratic rubber stamp.