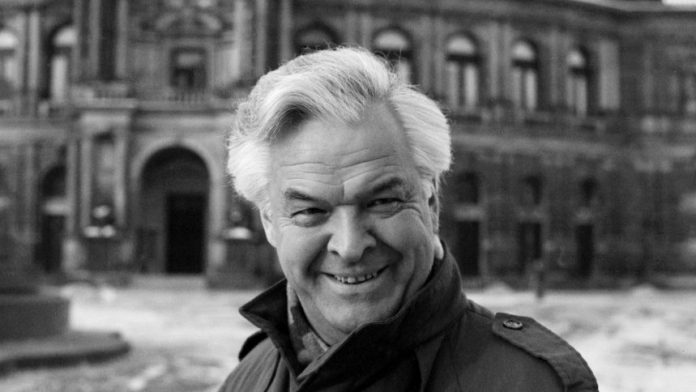 The prestigious Dresden Opera singers Theo Adam is dead. The bass-baritone, famous in Wagner roles, and Strauss roles in the world, died Thursday after a long illness at the age of 92 in a nursing home in his hometown. The family confirmed on Friday the German press Agency. The funeral service find on 18. January in the Loschwitzer Church.

On the death of the chamber singer had first reported the online edition of the “Dresdner Latest news”.

“He was a brilliant artist and great teacher who was much of his enthusiasm for singing to the students,” paid tribute to him, the acting rector of the Dresden University of music, Rebekah Frömling. Adam was as an artist with his creativity and his Talent and role model for generations of students. He had informed the singer of young as an honorary Professor and as a conveyor for the device involved.

The Federal Republic of Germany to lose one of the few German world stars of the Opera stage, said state Minister for Culture Monika Grütters (CDU). His Wotan in Bayreuth have set the standards. Outstanding, he was also in his almost virtuoso song interpretation.

Theo Adam was on 1. August, 1926 born in Dresden. In 1937, he was one of the choir boys in the famous Dresdner Kreuzchor, after the war, he studied singing. In 1949, the baritone made his debut at the Dresden state Opera and sang then also a regular at the Bayreuth festival. Even in famous Opera houses like the New York Met Adam knew how to inspire. Later, he staged a self-moderated in television and wrote books.

No appearance in front of the GDR bigwigs

Shortly after his 80. Birthday, the artist had taken leave of the stage and, five years later, also from the Public pulled back.

A long companion, the Tenor Peter Schreier. In a detailed MIRROR-conversation, he told only Recently of his friend. On the question of whether he had “said no”, when he was called by the government to Sing, replied Schreier: “Once maybe.” Theo Adam, and he should sing with the cross choir, the “Dona nobis pacem” from the b minor mass of Bach at a party event in the Werner-Seelenbinder-Halle in Berlin. “Adam said: ‘I do.’ I have wobbled. ‘You don’t have to do that, Peter!’, he urged me. And since I have cancelled also. This had no consequences.”

Schreier and Adam had been very close. “Theo, Adam and I have been friends since Childhood,” says Schreier, shortly before the death of Adam. “He helped me at the beginning of my career. He was older and already established, when I went to Berlin. Unfortunately, it’s not good for him,” said Schreier mid-December, 2018. “He is for years in a nursing home in Dresden. I was in August for his birthday. He no longer recognizes me at all. I have him in Brahms ‘ a DVD brought in by a shipment from the GDR television with the two of us, I think, love songs. Got pushed in there. I said, ‘ Theo, you know who that is? Nothing. Also, the music no longer reached him.”