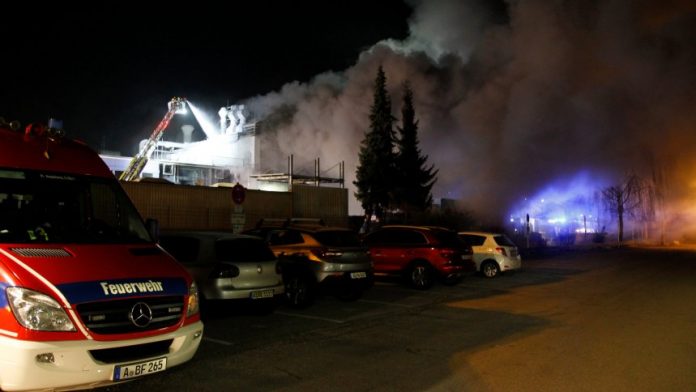 The aviation industry supplier Premium Aerotec is the result of a fire, a loss of at least tens of millions of euros. The fire broke out, according to the Airbus, a subsidiary of so far unknown cause in the field of surface processing. The Augsburg-based work provides, in particular, fuselage parts for civil and military aircraft at Airbus. Is a specialized factory to lightweight components made of carbon fiber.

The fire have an impact on the production at the Augsburg plant, said a Aerotec spokeswoman. It is virtually all Airbus models were affected. Concrete statements can be made about delays in delivery could not be made. Airbus announced in Toulouse, it takes several months before the Augsburg-produced parts are processed further and, ultimately, airplanes were built. Together we will find solutions.

the police and the company agree to a property damage in the tens of millions. When the fire broke out, there were no employees in the building. The Augsburg criminal police is now to detect with experts from the land office of criminal investigation the cause of the fire.

Premium Aerotec has about 10,000 employees, according to company information, approximately 4,000 of them work at the headquarters in Augsburg. They delivered annually, components, assemblies, and entire fuselage sections for a total of more than 600 new Airbus aircraft.

In Germany, the Airbus suppliers, and a further four plants in North Germany: Bremen, Hamburg, and two in lower Saxony, Nordenham and Varel In addition, there is a factory in Romania.