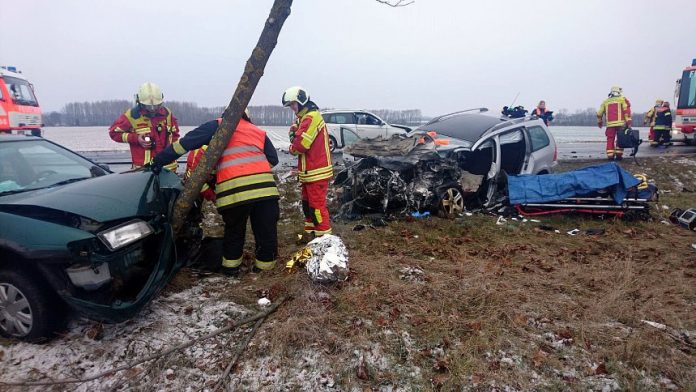 In a botched Overtaking manoeuvre on the highway 7 between Erfurt and Gotha, three people died. An eleven-year-old Boy floating in life-threatening danger, said a spokesman for the national operations centre of the police. Another child and a woman were seriously injured.

According to previous investigations, a 36-year-old motorist collided with his car while Overtaking into oncoming traffic and collided with another vehicle. He and his passenger died in the impact, as well as the 60-year-old driver of the oncoming cars. A third car was hit while dodging against a tree. The 47-year-old driver was slightly injured.

The Federal road had to be closed for the Recovery operations temporarily. The traffic was building up. In the traffic jam there had been a result of accidents in which more badly injured people had been reported to the police.