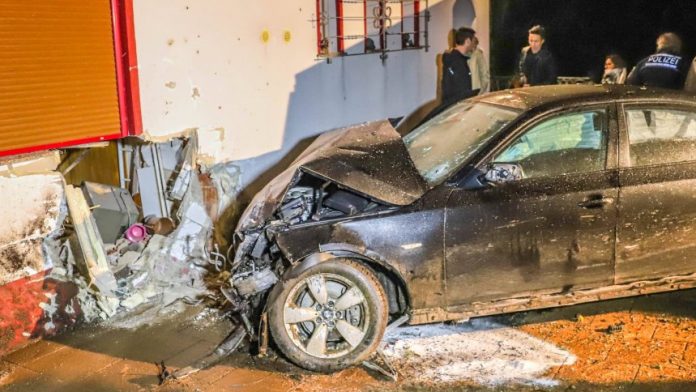 In the state of Baden-Württemberg has landed a 22-year-old motorist with his car in the kitchen of a residential house. The surprised residents were not injured.

The driver was lost in the night of the Saturday of the road. He was then driven over the plot of land with a greenhouse and against the wall of the house, police said. The car broke through, therefore, the wall to the kitchen and stayed there.

The couple, who lives in the house, reacted according to the police, surprised and remained unharmed. The car driver suffered minor injuries and was taken to a hospital. The man had lost it on the adjacent country road in Spechbach at Heidelberg control of his car – probably because of frenzy.

The couple had to spend the night out of the house. On the Morning of the accident the car should be salvaged and studied, whether in the building in danger of collapse.