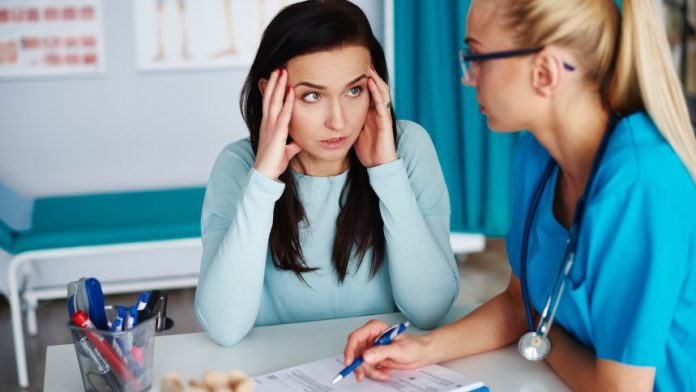 Because of mental illness rallied workers in the past year, around 107 million days of absence. This led to a loss of production of about 12.2 billion euros. Ten years earlier, the missing days were due to mental disorders is still at 48 million.

So it is in the not-yet-published report, “safety and health at work”, will be presented this Wednesday in the Cabinet. He throws a glance to the conditions, requirements, and consequences of work. And he shows that occupational diseases and work accidents there are and how widespread they are.

Thus, workers in Germany have caused in the past year, disease a total of approximately 669 million days of work missed. The are a bit less than the 675 million days of absence in the year 2016. The “image” had made the report, first made public.

most of The days of absence accumulated in employees in the manufacturing sector (20,6 days), second, to the employees of the construction sector with 19.5 days, closely followed by educators and teachers (to 19.4 days).

In the past year, a total of 21.772 diseases were recognized as occupational diseases. The most common occupational disease is noise-induced hearing loss (6849). Second skin cancer by UV radiation (5318 cases). A total of 3706 people affected by asbestos cancer. In the year 2017 2609 died insured of the consequences of an occupational disease. For the report, were interviewed this year, more than 12,000 workers to their job Situation.

In many companies is digitalized work more and more. This ensures, according to the report, although for more variety and a larger room for manoeuvre, however, that the work rises. Employees must, therefore, accomplished more and more tasks. Employees, in which new technologies have been introduced, are most commonly affected by pain in the lower back, in the arms, hands, or knees.

More than half of full-time employees to frequently work in a Standing position. A quarter of them finds this distressing. A sixth of the respondents reported to work in forced postures, the half finds them stressful. Mainly the oldest workers (55 years and older) find Work stressful.

Who has influence as to where and when he can work, is healthier and requires less recovery. Who must, however, work a lot, will also be sick more often: Approximately 18 percent of all full-time employees work 48 hours or more per week. Almost half of the Deal is under strong deadlines and pressure to perform.

More than three-quarters of employees often work together well with colleagues. About 58 percent of the respondents often receive help and support from the direct supervisor. The help, is detrimental to the health. Almost half of all respondents experienced the lack of support by supervisors and colleagues as stressful.

With Material from AFP