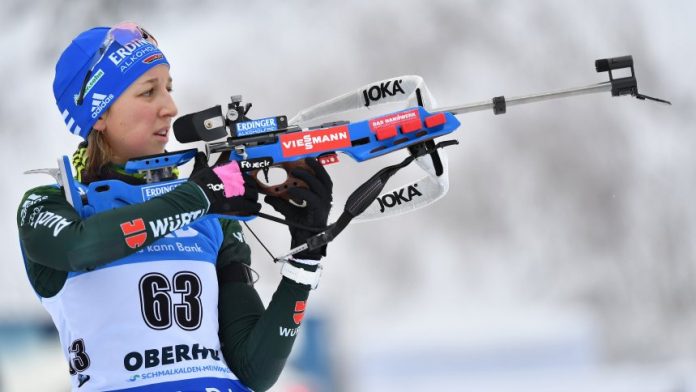 The German biathletes have shown after the disappointing Sprint results in Oberhof in the pursuit race over ten kilometres to a successful race to catch up. With the renewed victory of Lisa Vittozzi Franziska Preuss of course 45 improved to rank six.

Denise Herrmann started from the space 34 and came as the Ninth to the destination, Karolin Horchler was Eleventh. The Italian Vittozzi celebrated with 14.5 seconds ahead of Anastasiya Kuzmina of their second world Cup victory.

“We were all disappointed and mad at ourselves,” said the 24-year-old Prussian in the ZDF. “I’m aggressive anyway, and I said: Now I’ll hit you all the way, you stupid disks.”

“We knew all that we can do it”

In the Sprint on Thursday had shown the German athletes without the double-Olympic champion Laura Dahlmeier, the worst result in the world Cup winter. Karolin Horchler was on place 34 the best German entrant.

“I can’t believe it myself that it was possible to come as far as the back to the front. Does the whole team good,” said Preuss. Horchler was confident for the season tomorrow, Sunday (11: 45 am, TV: ZDF): “We knew all that we can do it. Today, we have given the right answer. If, tomorrow, each doing its thing, then everything is in the relay.”