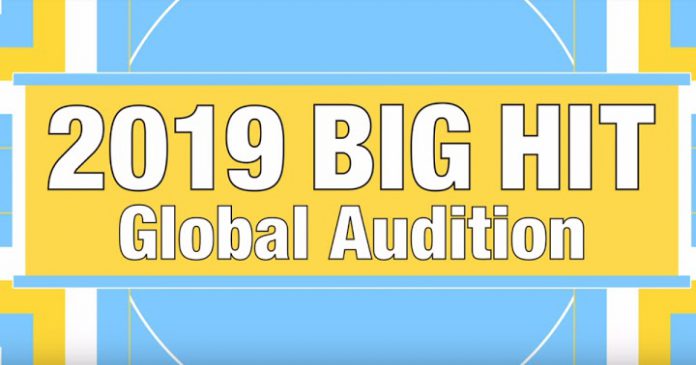 Global auditions will start this month

Beginning this month, BitHit Entertainment, the agency that formed K-pop megastar BTS in 2013, tries to find talented boys across the world.

BigHit said this week that it will start global auditions in New York on May 18 and move to Toronto on May 25.

The label will return to Asia to have auditions in Beijing on July 6, in Shanghai the next day, in Taipei on July 13, and in Sydney on July 27.

The Bangkok audition will take place on Oct. 5, and the Hong Kong one will fall on Oct. 13. Venues are available at the dedicated website of BigHit (www.bighitaudition.com).

Boys born in 1999 or later will be eligible to apply for such categories as vocal, rap, dancing, acting, and modeling. They can sign up for only one category.

Candidates can apply at the Bighit website, and audition results will be sent to them via the email address provided on the submitted application within three weeks after the audition.

“BigHit Entertainment, the label that manages BTS and Tomorrow X Together, is now looking for individuals with talent and passion, who will be the next global superstar,” the Seoul-based agency said.

“BitHit Entertainment supports you in striving for your dream. We look forward to your participation.”

BTS is a seven-member boy band, which makes a splash via its fourth studio album “Map of the Soul: Persona,” which was released this April.

The idol group topped global album charts and won two prizes at this year’s Billboard Music Awards. The septet is currently on a concert tour, which started early this month in Los Angeles.

Tomorrow X Together, otherwise known as TXT, is a second boy group from BigHit, which debuted early this year. It is composed of five members.