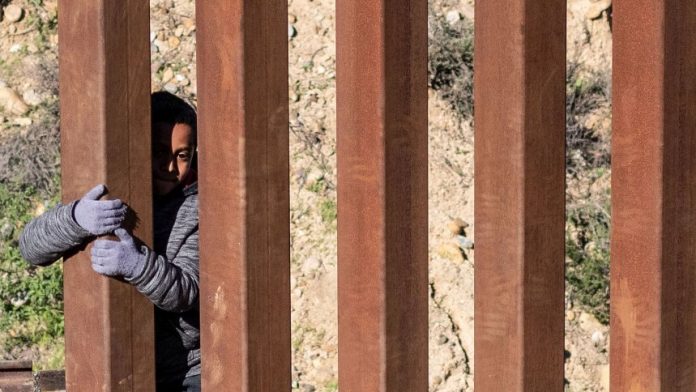 US President Donald Trump has given the opposition Democrats of the blame for the death of two children from Guatemala, the authorities came in the custody of the U.S. border to death. “Every death of children or other at the border are strictly the fault of the Democrats and their poor migration policy, which allows the people, the long March to tackle in the Faith, to our country illegally to enter. You can’t do that,” wrote Trump on Saturday on Twitter. “If we had a wall, wouldn’t you try it once,” he continued.

Any deaths of children or others at the Border are strictly the fault of the Democrats and their pathetic immigration policies that allow people to make the long trek thinking they can enter our country illegally. They cant. If we had a Wall, they wouldn’t even try! The two…..

The two deaths of children were not the fault of the border authorities. The father of one of the children have expressly confirmed this and said that he had given to the girl for days, no water.

This representation of the U.S. President is in stark contrast to the actual appearance of the father of a seven-year-old from Guatemala, on 8. December, died after a March, and a subsequent bus ride to a receiving location. The girl had no lack of food or water, said in a statement, the lawyers of the man.

The father, has mastered only a tribal language of the Maya as well as Spanish as a second language, have English-language submissions to sign. The authorities accepted have not announced the official cause of death of the child. Several members of Congress to demand an independent investigation of the incidents.

Meanwhile, a second child from Guatemala is an eight-year-old Boy in U.S. custody have died. First forensic examinations of the body showed that the boy was sick with a flu, and suggest the suspicion that he was incorrectly diagnosed and treated. Here, too, the cause of death has not been announced yet officially. The cases had triggered a discussion on dealing with migrants, and particularly children in US border custody.