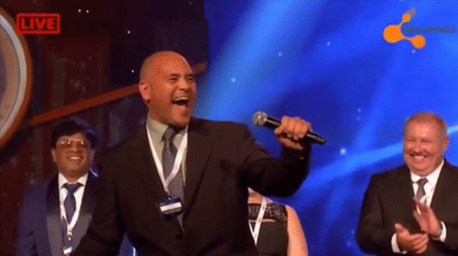 If you think a leopard can’t change his spots you are mistaken! Are you a Bitcoin enthusiast? If so, you must have heard of Bitconneeeeect and Carlos Matos. Before Vitaly Buterin branded Bitconnect a Ponzi Scheme, Matos was probably the most vociferous and colorful promoter of Bitconnect. Bitconnect exploded on the Crypto scene with very aggressive marketing and sales tactics. Every crypto blog was promoting them up until a year ago when everything imploded, and members started losing their life’s savings without any way to remedy their situation.

However, as is the case with all Ponzi Schemes, if you were the first to get in and smart enough to know when to get out then you could have made incredible sums of money. In fact, there are many people who are convinces that Matos was able to get his hands on a substantial amount of Bitcoin before the program got shut down.

Bitcoin Is A Scam. Sell Everything It’s NEVER Going Back Up

Eventually Matos became a well-known meme and documented in various Vlogs on YouTube about how he loves Bitconnect and how it changed his life. For now, the company is not listed anywhere and we do know there are many people looking for Matos and a way to get their investment back. However, the chances of that happening are similar to getting your money back from other get-rich-quick crypto schemes such as Bitcoin Loophole and Bitcoin Profit.