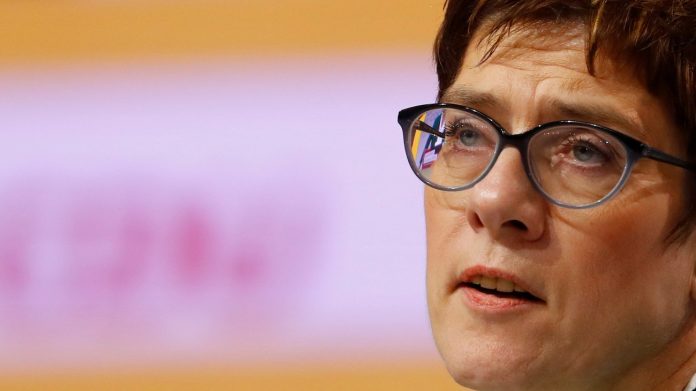 In the discussion of possible improvements should be developed, said the new party boss: “Our programme for the European elections will be based, among other things, on these results.”

The new CDU leader does not want to put in all the points along the line of German Chancellor Angela Merkel. You will disagree with the Chancellor, where it is in the interest of the party is necessary, said Kramp-Karrenbauer in the ARD. “What is good, is to be continued, and where there is something to change, we will change it.”

The new party Chairman also said that they themselves and their in the choice of inferior competitors, Friedrich Merz and Jens Spahn from the need to prevent a split in the party. “We three candidates have always agreed that each of us has a responsibility to ensure that the party holds together in accordance with this decision.”