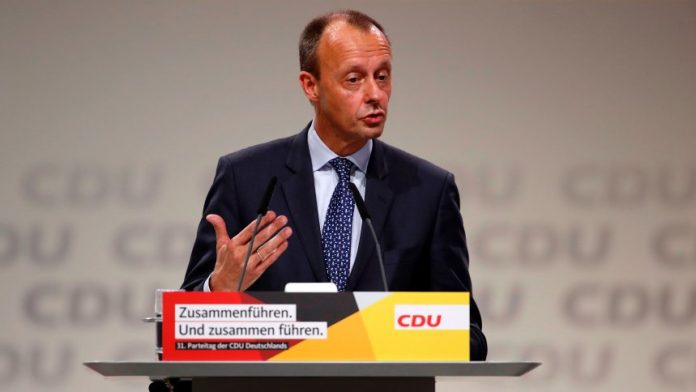 The former Union parliamentary leader Friedrich Merz has indirectly offered an exchange to the Cabinet of Chancellor Angela Merkel (CDU). “Such an office I would trust me because of my experience in business and politics,” he told the “Frankfurter Allgemeine Zeitung”. At the same time, Merz noted: “This is but in my Hand, but that is a matter for the Chancellor.”

In an interview with the new CDU-Chairman, Annegret Kramp-Karrenbauer, he had renewed his “offer again, to really go all out in the policy and my previous profession to abandon”, is Merz quoted.

Kramp-Karrenbauer had spoken last Thursday by Merz. The Sauerland was the former CDU General Secretary and the Saarland head of government to the CDU party Congress on 7. December, in a vote nearly.

Merz rejected reports that he had been discriminated against in his speech to the Hamburg Congress. Among other things, there had been rumors that the microphone was quieter, rotated, while Merz gave his candidate’s speech for the presidency. In addition, there had been speculation that the headlights had been hot. Merz said: “I can start with these rumors nothing. The competition for the CDU presidency was fair.”

Merz admitted that his appearance was flawed: “in retrospect considered, I should have been free to speak, but it was certainly also on my form on the day that the contents have not been optimally over.” In terms of content, he would say “nothing else”.