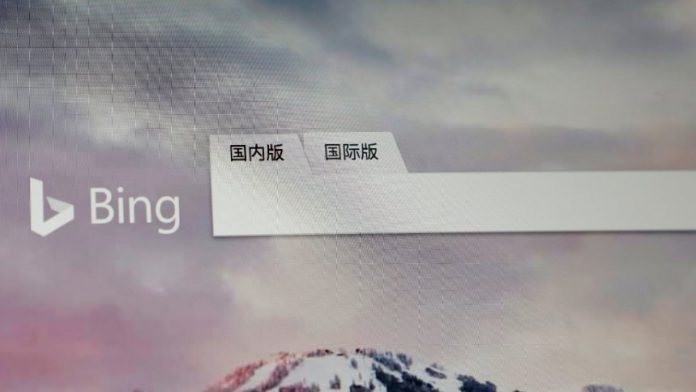 The Bing of the U.S. technology giant is blocked in China. There Bing was not currently accessible, the company said. The newspaper “Financial Times”, according to the state confirmed its own Telecom provider China Unicom, a corresponding arrangement of the government. A reason is not known.

Bing was recently the only major foreign search engine, which was within the people’s Republic of available. Because Microsoft censored at the behest of the leadership in Beijing search results on sensitive topics.

The government had announced on Wednesday are known to have millions of content, thousands of Apps and hundreds of Websites from the net. This was part of a large clean-up action against undesirable content, which was launched this month.

Microsoft service Skype was already closed in November 2017 in China. Other services, such as Facebook, WhatsApp, YouTube, and Twitter, are behind China’s “Great Firewall” is also not available – this also applies to Google with all its services. The company did not want to comply with the censorship requirements of the country, and had retreated in the face of this dispute in 2010, from the Chinese market.

After, there were reports of a potential Chinese Google Version, said Google chief Sundar Pichai, in December, there is indeed such Considerations, but no specific plans.

if you want to bypass the blockages, you need a VPN-Tunnel (Virtual Private Network). However, the Chinese authorities have, in the past few months, even more than in the past against such protected Compounds by interfering with this massive. Many VPN services often work only poorly. To use VPN services that were not licensed by the state, is illegal in China.