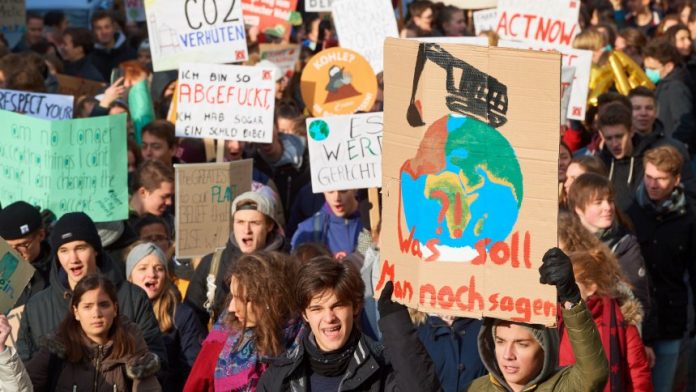 German economy Minister Peter Altmaier (CDU) shows understanding for the end of the strike, students who wish to demonstrate on Friday in front of his Ministry in Berlin. “I am always pleased when young people make the right to demonstrate. Whether you need to do during the school time, you should clarify with your teachers,” said Altmaier, the MIRROR on the sidelines of the world economic forum in Davos. “I’m going to talk to the parties Involved and to go at it.”

In the framework of the action network’s “Fridays for Future” demonstrated already in the last week, thousands of students in different cities for climate protection. The actions of the Swedish student, Greta Thunberg, in the shop for months every Friday of the school and in front of the Parliament in Stockholm demonstrated were initiated.

On Friday it should be a Central large Demonstration in front of the Federal Ministry for economic Affairs in Berlin. The occasion was the last meeting of the so-called coal Commission, to advise on the future of coal-fired power generation in Germany (read more here).

in the face of lowered growth forecasts Altmaier, pleaded once again for a speedy tax cuts in Germany and used Finance Minister, Olaf Scholz, from the coalition partner, the SPD, under pressure. “We need an agreement on tax relief and before a possible economic downturn,” said Altmaier. “Also, Olaf Scholz, must not have a financial interest in, that in Germany not only to a downturn, because otherwise he would have to spend a lot more money.”