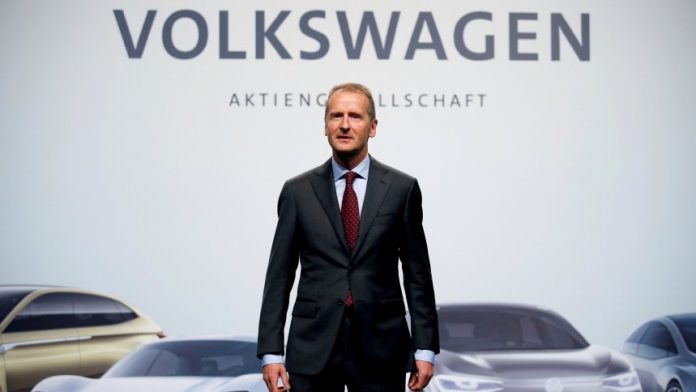 Volkswagen-chief Herbert Diess considers that the EU agreed in the future to limit CO2 emissions is achievable – has criticized the compromise, but still sharp. “Of course we can, the goal is to reduce 2030 CO2 emissions by a further 37.5 per cent,” said Diess the “image”-newspaper. “With our E-platform and strong presence in China, we can do it. This stricter target is a major structural change.”

So would need to reach Volkswagen in Europe by 2030 with a share of 40 percent E-cars, said Diess. “Because batteries are expensive and the CO2 penalty payments for conventional cars entry-level mobility would be much more expensive, for many customers prohibitive. And it would cost jobs, in the order of magnitude that we could not reduce in this period, through early retirement schemes.”

He wondered whether “the policy is really about the impact of their decisions in the Clear,” said Diess the “image”-newspaper. “Will you be able to make those decisions prevail?” With a view to the “yellow West”protests in France, the group chief said that in Paris people would go “for ten cents more for Diesel on the road”.

the Council and Parliament the EU had agreed on Monday night to tighten the CO2 limits for new cars stronger than that of Germany, sought. The emissions of new cars should be reduced by 2030 by 37.5 percent in comparison to the values of 2021. The CO2 emissions of LCVs to decline by 31 percent.