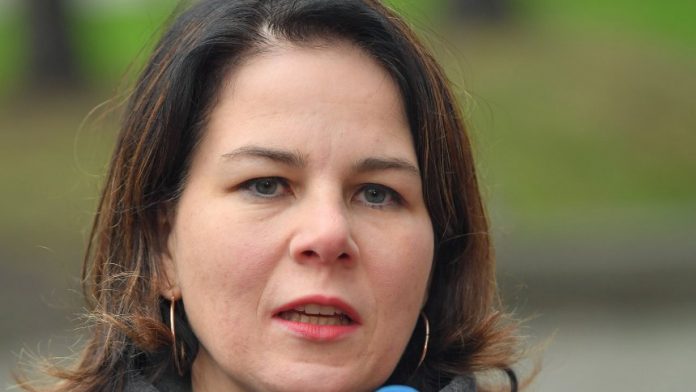 Shortly before the crucial meeting of the coal Commission, the Green-Chairman Anna Lena Baerbock has called for a clear sign of the coal Commission for the compliance of climate protection goals. “Now the decision is whether Germany is willing to make to climate protection. The climate target for 2030. Otherwise, we will not create the climate crisis,” said Baerbock of the “Rheinische Post”. They warned of blank cheques for corporations.

The body had been used in the summer by the government in order to develop a path for the phase-out of coal-fired power generation. This Friday, the Commission could agree on a groundbreaking approach to the end of the electricity production from brown and hard coal in Germany. It is expected to be long negotiations. It could also be a postponement until next week, but then there could be another summit meeting in the Chancellery.

The energy-intensive industry, which often produces chains of the basic substances for a long time the creation of value, is to be credited with the costs caused by the price of CO2-pollution rights. The power companies pass these costs to date in the industry. The company will be compensated for it already now, however, a corresponding provision in 2020. You should now be and, possibly, extended extended. Finally, the relief amounted to almost 300 million Euro per year.

Baerbock said, of course, the coal exit would need to be accompanied, “in order for the regions and workers have a perspective and a future.” Therefore, the claims of the coal companies to the compensation for each individual coal-fired power plant are covered. “That is to say, in fact, ancient power plants receive billion, although they never create more power, and just stand around.”

The money would be missing, especially with the support of the regions and of the employees, said the Green-Chairman. “Public funds need to be used in the sense of the public interests. Only the Gordian knot of the Commission meeting can be smashed on Friday.”

According to the current Germany, the trend in the ARD morning magazine has voted a majority for a rapid phase-out of lignite-fired power generation. Six out of ten eligible voters (59 percent) wanted the phase-out, climate protection and nature conservation reasons, as quickly as possible. Over a third (36 per cent) would hold due to possible supply shortages and the loss of jobs, longer on the brown coal.

Otherwise it looks in the of a coal exit particularly affected länder of Brandenburg, Saxony and Saxony-Anhalt, Where only 34 percent favoured according to the survey, for a speedy exit, 61 percent wanted to hold on to brown coal mining.