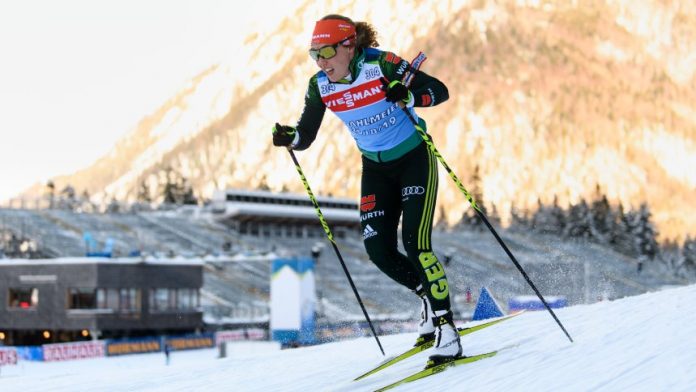 The two-time Biathlon Olympic champion Laura Dahlmeier has become in her first world Cup race this year, Ninth. In Ruhpolding, the 25-Year-old was left without a shooting error and finished in the Sprint of 7.5 km, with 47.7 seconds behind the winner, Anastasiya Kuzmina of Slovakia. Place two finished Lisa Vittozzi of Italy (0 errors, +11.5 seconds) Hanna Öberg from Sweden (0, +29,1).

“That was really, really exhausting,” said Dahlmeier in the ARD, and was delighted with their performance at the shooting range: “It was important that I put the focus on the shoot, I am already optimistic. I am glad that I have done that today.” You have “happy brutal on the race”, but quickly noticed that the trail “quite so, then it is for the head, of course, tough”.

For Dahlmeier, it was after a lot of health back the first appearance for weeks blows in the past few months. In November, they had started with moderate exercise and was shortly before Christmas in Nove Mesto returned to the world Cup. With a second place in the Sprint and fifth in the pursuit, they had been reported in the Czech Republic back impressively. For the world Cup in Oberhof, you failed then because of the consequences of an infection.

second best German was made by Franziska Preuß (1 errors) to rank ten, Denise Herrmann (2) on place 17.