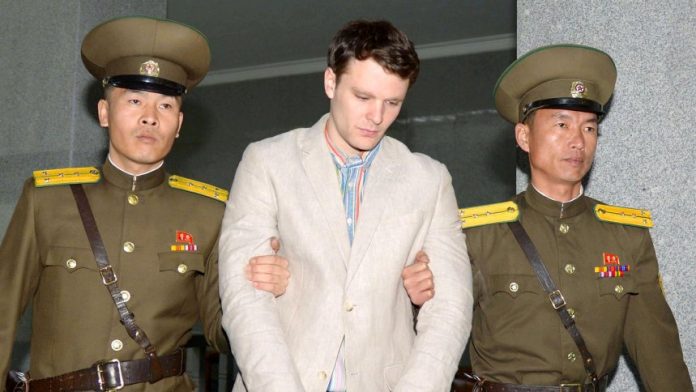 for North Korea to pay more than 500 million US dollars (about 438 million euros) to the family of the deceased student, Otto and warm beer. A US Federal court decided in Washington.

North Korea was responsible for the imprisonment, torture and the death of the young man and for the pain, the Warmbiers family had suffered, it was said to the grounds.

by the end of 2015 was taken by the then 21-year-old Otto and warm beer after a group trip to the country of departure and sentenced for “hostile acts against the state” 15 years in a labour camp.

a Few days after his return to the United States in June 2016 and he died – he had then been 15 months in a coma. (Click here to read the chronology of the Case.)

Warmbiers family had sued the North Korean Regime of dictator Kim Jong-Un, because of “brutal torture and murder”.

The verdict has only symbolic value, since there is no possibility of North Korea to force actually to pay.