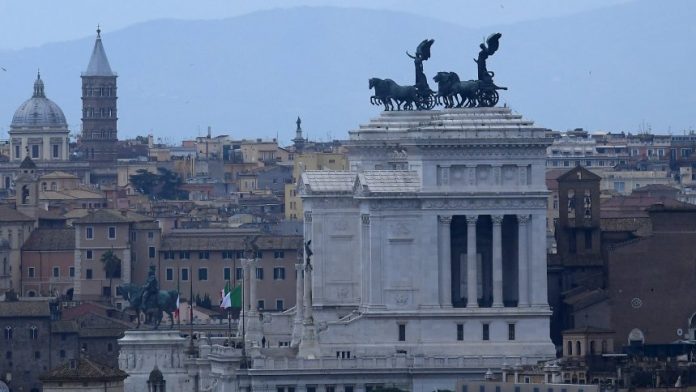 Italy’s economy has slipped into recession. The gross domestic product (GDP) decreased between October and December 2018, compared to the previous quarter by 0.2 percent. The national statistics reported by Istat according to a first estimate. Experts had only expected a decline of 0.1 percent.

in the third quarter, the Italian economy had contracted by 0.1 percent quarter-on-quarter. For two quarters in a row with a declining economic power, experts speak of a “technical recession”.

year on year growth of the Italian economy in the fourth quarter and grew by just 0.1 percent. In this view, the expectations of experts were missed. Before the current recession, Italy’s economy had shrunk last 2014. For a year the economy has slowed, however, again continuously.

Italy’s economy suffers from a chronic growth weakness and can’t keep up with the economy in the Euro zone for a Long time. The Prime Minister, Giuseppe Conte had prepared the markets on Wednesday on a technical recession. He does this mainly to external factors, such as the current downturn in Germany and China, in Italy, have hurt exports.

But in Italy, the debt is a Problem: The country suffers from a debt burden of more than 131 per cent of economic output, the highest in the Eurozone after Greece.

since the middle of last year, the current populist government in Rome wants to boost growth with tax cuts and higher social spending and higher debt. Against this Background, they had held also a budget dispute with the EU Commission.