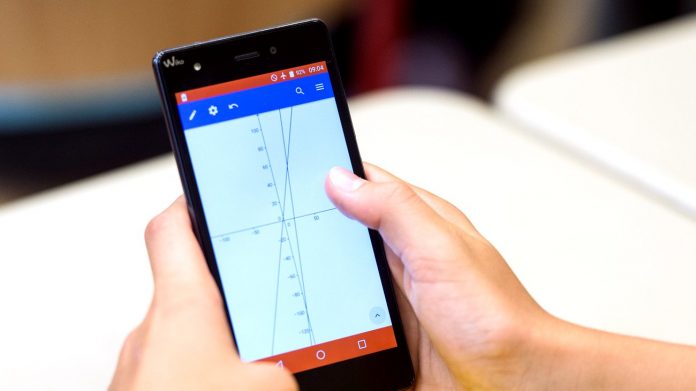 The Bundestag adopted amendment to the basic law in the Bundesrat on resistance: All 16 Federal States would have to be in favour of a conciliation procedure between the Bundestag and the Bundesrat to initiate proceedings, informed the Chairman of the Prime Ministers ‘ conference, Hamburg’s first mayor, Peter Tschentscher,. The aim was to revise the draft of the Federal day, fundamentally. Saar lands a head of government, Tobias, Hans (CDU), spokesman for the Union-led countries, said that the “future of federalism”.

The two countries had announced in the past few days already, you’d still have reservations about the amendment of the basic law to enable the Federal government in the future, among other things, to Finance the digitalization in schools with Federal funds.

According to Hans, the digital Pact school not to question, but the Form in which it was implemented. Tschentscher said, for the digital Pact school, there is a need to change the Constitution. The Bundestag have blocked its implementation now, but the fact that he had a fundamental Change in the financial relations between the Federation and the länder. This haste was needed, so that the Pact could come as planned in 2019. This let immediately on a different distribution of sales tax to implement.

The mediation Committee is now at 14. December will be called at the meeting of the Federal Council. In government circles, was to be heard according to the German press Agency that the procedure could now move to a few months, possibly until Easter.

The Bundestag had decided on the amendment of the basic law last week, with the necessary majority. To loosen the current ban on Cooperation between the Federal government and the länder. As for the education sector the Länder in Germany are responsible. The same applies for the public transport and social housing.

armed to the cost of distribution

The countries, resistance is due in particular to the proposed allocation of costs. The so-called digital Pact stipulates that the Federal government will provide in the next five years, five billion euros. The cost allocation is intended to be 90-to-10 – 90 percent Federal, 10 countries. This is still largely undisputed.

But in the case of all other projects, such as the housing, is planned, a cost-sharing of 50: 50. Said control Tschentscher: “The result is that only the countries that are already financially strong, can afford to be.”

How it was called from coalition circles, had incorporated the budget of the Union and the SPD that, in order to prevent that the countries lie in the financing of certain projects too far back and, above all, the Federal government pays. It is also fundamental questions of the extent to which the Federal government allowed the countries to govern and the existing Federal structure will be diluted.

Minister of education, Anja Karliczek warned, meanwhile, of the digital Pact should not be allowed to remain because of the differences of opinion as “collateral damage” on the track. In the ARD, she said: “We want to make sure that the money arrives in the schools and not somewhere else.” Therefore, the money was coupled by the Federal government to own-country investment. However, she is willing to negotiate the exact allocation of costs, especially on the 50-50 scheme. “If that is the Problem, then you have to talk about it, but maybe everything else on the way,” said Karliczek. “The amendment to the basic law, the a is. The digital Pact school, the second”.