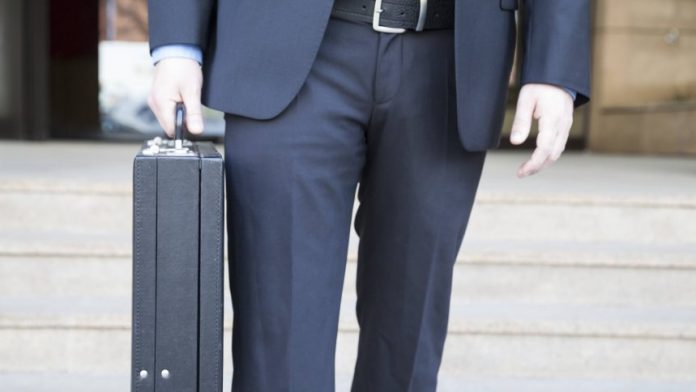 At the end of the year is made up the cash – even in the case of the Bundestag administration. A publication from the 28. December, according to the CDU 2018 by far has received the most donations.

The party primarily benefited from grants from the industry, including the BMW-major shareholder family. Significantly less contributions from the coalition partner SPD got.

The parties represented in the Bundestag received in the past year, a total of around 2.1 million euros to large donations – 2017, there were still approximately 6.6 million Euro. In a year with a Federal election, it is however, donated, traditional, significantly more than in other years.

the CDU received a single donation in the amount of 260,000 euros

Political parties are financed in Germany mainly by member contributions, money from the state and donations. Single donations in excess of € 50,000 must report parties the President of the Bundestag immediately of the need to publish the information “timely”.

grants in excess of in the year 10,000 Euro, must be recorded with the name and address of the donor and the total sum in the accountability report. It shall be forwarded to the President of the Bundestag. Overview:

The CDU got 2018 to approximately 850,000 euros – to almost 2.9 million euros in the previous year. The highest single donation with 260,000 euros transferred in July, the former head of the pharmaceutical and specialty chemicals group Merck, Hans-Joachim Langmann. The CDU got in addition, money from the BMW major shareholders Stefan Quandt and Susanne Klatten, and the Association of metal and electrical industry of North Rhine-Westphalia. From the auto group Daimler, it gave 100,000 euros, by the chemical company Evonik 80,000 euros. The same sum paid to Daimler and Evonik to the SPD . Overall, the social Democrats received 280,000 euros. The CSU got as in the previous year, a big chunk of the Bavarian metal and electrical industry, the Association was EUR 625,000. The donation was received, according to the Bundestag administration shortly before Christmas. The FDP received in the entire year, large donations in the amount of about 276,000 Euro. Including the Association of the Bavarian metal and electrical industry as well as the R+W industriebeteiligungen GmbH was according to the list – and the Federal Chairman in person: Christian Lindner transferred at the end of August exactly 50.249,17 euros to his party. In 2017, the FDP was still on the large donations of around 2 million euros. The Greens were in 2018, and that large donations around 149.000 Euro, including the Association of the Bavarian metal and electrical industry. The German Communist party (DKP) received from a major donor approximately 352,000 euros, the Marxist-Leninist party of Germany (MLPD) is 80,000 euros. A special case of 2018, the southern Schleswig cal voters Association represented the interests of the Danish minority in Schleswig-Holstein. The four “traditional benefits” of the state of Denmark amounted to a total of around 477.000 euros. The Left and the AfD went up shortly after Christmas will be empty.

The Association Lobbycontrol criticised that the Figures available to the large donations are only a “small part” of the actual donations to the parties. The majority would only be in the coming year, if the accounts of political parties are published: “donors use the opportunity of the denomination, in order to circumvent the timely publication of their donations, although these are significantly above the 50,000 limit.”

non-Transparent stay a more extensive source of money, said Annette Sawatzki of lobby control. This is to be a party to the sponsorship, in the organization and business associations paid by the parties of money, to the lobby interests to advertise. The occasion for such party to-day.