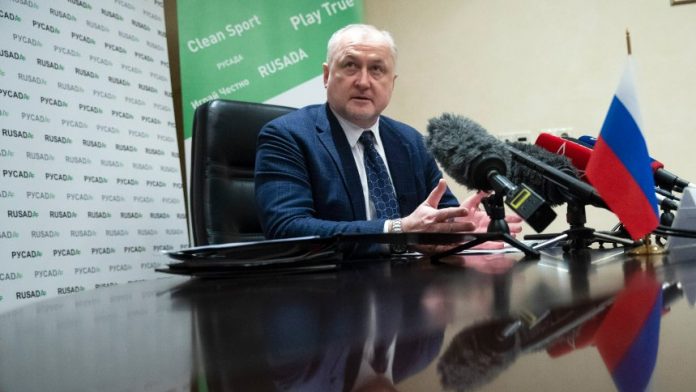 The world Anti-Doping Agency (Wada) waives re-suspension of Russia. The Wada Executive Committee in a telephone conference decided on Tuesday. “We have agreed that no further sanction should be pronounced,” said Wada President Craig Reedie. The Wada is against the claims of many anti-doping organisations and athletes, which had made for a further exclusion of Russia.

The Russian Anti-Doping Agency (Rusada) of the Wada provisionally allowed to continue. The Rusada was suspended in November 2015 in the Wake of the Russian doping scandal. Despite numerous criticism of the Wada lifted this barrier, however, in September 2018, subject to conditions. These were, inter alia, that the Wada until the end of last year, access to data from the Moscow anti-doping laboratory.

the deadline had not been respected by Russia. Although Wada had travelled experts in December to Moscow, but was unable to reach to the data. The Russian authorities demanded the Delegation, that their technical equipment for the data collection according to Russian law, approved had to be. This had not been discussed, according to Wada.

Only last week, experts from the world Anti-Doping Agency, the secure data in Moscow to be managed. The information, according to Wada chief investigator Günter Younger “over 20 terabytes of data” – could help to identify athletes who were involved in the Russian doping system. It is still unclear how useful the records are – Wada, you must first verify the authenticity of the material. It proves to be authentic, in a further step, the urine and blood of the suspicious athletes samples will be tested again.

In the current decision, the eleven members of the Executive Committee followed the recommendation of an expert Committee under the chairmanship of the British Jonathan Taylor. This was pronounced last week in a letter to Wada’s Secretary General Olivier Niggli against further sanctions, although Russia had ripped the deadline for Delivery of the data. “The key was to get the data,” wrote Taylor, “and that’s going to happen now.”

Travis Tygart, Chairman of the U.S. Anti-Doping Agency (Usada), was disappointed by the decision: “The decision of Russia to continue to allow, even though they have violated a deadline and before the authenticity of the data was confirmed, unfortunately, was predictable. It is obvious that there needs to be a change for a System that draws individual athletes accountable, but it States allowed to cheat massively and damage the Olympic games”.

Rusada CEO Yuri Ganu, after the decision easier. “We are temporarily strayed from the path. We can now continue our work,” he told Russian media, according to. “Congratulations to the athletes, managers, and all who support our Sport.” Ganu, had repeatedly warned that Russian athletes should not participate in international competitions, if Russia doesn’t comply with the Wada-conditions. He promised to fulfill the other obligations.