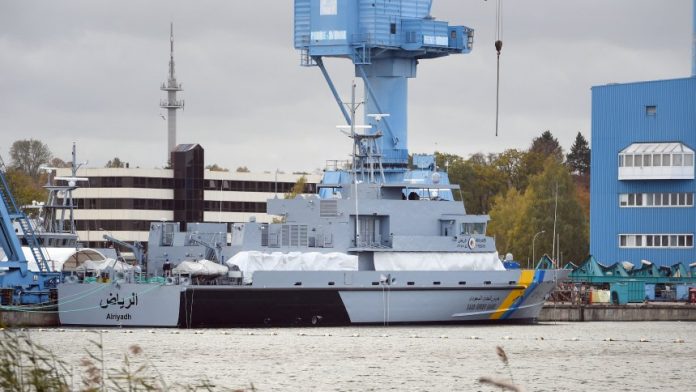 The Federal government has approved of 2018 almost a quarter less arms exports than in the previous year. The total value fell by 22.7 per cent from 6,242 billion euros to 4,824 billion euros. In the case of the controversial deliveries to countries outside the European Union and Nato, the decline even amounted to nearly one-third (32.8 percent). The response of the Ministry of economy to a request from the Green party member of Parliament Omid Nouripour, which is present the German press Agency.

The German armaments industry must accept in order for the third year in a row a decrease in the export permits. A growth there in 2015, then to a record level of 7,86 billion euros. Since then it goes downhill.

The Federation of German security and defence industry (BDSV) had led to the Trend earlier in December, at least in part to the “unpredictable” and for customers and partners countries “by surprising twists and turns often are not comprehensible to the” arms export policy of the Federal government.

The German approval practice is much more restrained than those of its major Alliance partner, the USA, France and the United Kingdom. So, the Federal government had stopped as a reaction to the scandal of the killing of the government is critical of the Saudi journalist Jamal Khashoggi all arms exports to Saudi Arabia – already approved. No other major arms exporter in the EU or Nato followed the example.

industry is considering claims for damages

Despite the in November imposed Export ban in Saudi Arabia to 2018, still counted among the best customers of the German arms industry, with export permits to the value of 416 million euros. Actually, the Federal government had decided, at the Insistence of the SPD in March in the coalition agreement not to provide more arms to countries that are “directly” involved in the Yemen war. Saudi Arabia is leading a war Alliance of nine countries, the fighting in Yemen against the Iranian-supported Houthi rebels. The coalition agreement left open but behind doors for pre-approved exports. These were only closed with the Khashoggi affair. The industry is considering, therefore, to claims for damages.

Also for Algeria and Pakistan to 2018 export permits in the three-digit million range were issued. Overall, more than half of the grants (52 percent) were still so-called third countries outside of the EU and Nato. However, this is the lowest percentage since 2011.

among the third countries, a number of authoritarian States, accused of human rights violations. Especially the exports to these countries can be criticized from the Left and the Green is sharp. The Greens had decided that the restrictive policy for German arms exports is nearly 20 years ago, together with the SPD in the red-green government of Chancellor Gerhard Schröder (SPD). All subsequent governments – the Union and the FDP have kept it. The Left would ban arms exports altogether.