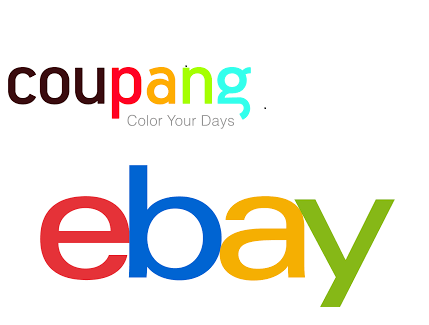 When eBay Korea acquired Gmarket in the late 2000s, the former had to worry about the approval of the Fair Trade Commission because their combined market share was too high.

But now the e-commerce giant is not even the market leader in South Korea as fast-growing startup Coupang has caught up with the long-reigning champion.

Domestic app analysis company Wiseapp said early this week that Coupang’s 2019 transactions stood at 17.1 trillion won ($14.75 billion), up 57 percent from a year before.

In comparison, those of eBay Korea was 17 trillion won, which is almost unchanged from 2018. On top of GMarket, eBay Korea runs such brands as Auction and G9.

Since its launch in 2013, Coupang has chalked up ultra-fast growths in the online retail industry, thus chipping away at the market share of eBay Korea and other conventional rivals.

Because of its aggressive investment to improve its logistics and services, Coupang failed to become profitable. In fact, it piled up losses of around 3 trillion won through 2018.

But the Seoul-based company vows to keep channeling its funds to become a dominant player in the market.

Foreign investors including the SoftBank Vision Fund acknowledged its upside potential to funnel big money into the rising start-up. It invested $1 billion in 2015 to Coupang and $2 billion more three years later.

Wiseapp compiled the data by analyzing Korean adults’ transactions via credit cards and mobile phones. Cash trades were excluded from the statistics.