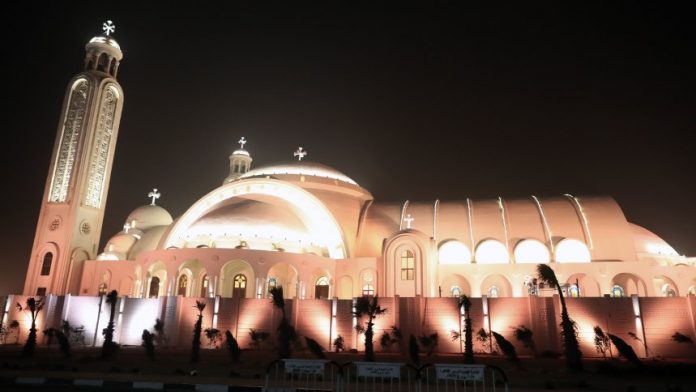 Egypt’s President Abdel Fattah el-Sisi has opened a new Cathedral for the Christian minority in the country. On the eve of the Coptic Christmas celebrations of El-Sisi took part, with many invited guests at a worship service. After the completion of the last construction works are to be found in the house of God in the future administrative capital of the country, 45 kilometres East of Cairo, more than 8000 faithful place. This is supposed to be the largest Church in the Middle East.

El-Sisi, himself a Muslim, had announced the construction of the Cathedral in 2016. “We are one, and will continue to be,” he said now, at the opening on the side of the Coptic Pope, Pope Tawadros II, Of the opening and called it “unprecedented in history”.

on the Occasion of worship, the Vatican published a video message from Pope Francis. “May the peace of the Prince of Egypt, the Middle East and the world peace and welfare donations”, – said the head of the Catholics. The Coptic Church had also in the most difficult moments “is a true testimony of faith and of charity”. US President, Donald Trump wrote on Twitter that he was pleased with the opening: “President El-Sisi is moving his country in a more inclusive future.”

The Christian minority the Copts in Egypt had always been a target of attacks. El-Sisi presents himself as a protector of the Egyptian Christians. Observers and activists have accused the government, however, is to discriminate against the Copts and to not defend adequately against Islamists. Since the end of 2016, have been killed in Egypt more than a hundred people in attacks on Christians.

The Copts make up about ten percent of the Egyptian population. A total of around a hundred million people live in the country.

The security measures the country in recent weeks with a view to the Coptic Christmas celebrations been greatly increased. In the night of Sunday, the state-run newspaper “Al-Ahram” reported that a policeman in Cairo was killed while trying to bomb near a Church. The explosive device was found in a bag on a roof in a Slum in the Egyptian capital.

As a site for the new Cathedral, the new administrative capital was determined in the desert East of Cairo. The new capital is still a huge construction site, but should be in the coming years, to the seat of government and home of millions of people. The mega project was launched in the face of Overpopulation and infrastructural strain on the capital. In Cairo, more than 20 million people are estimated to have.