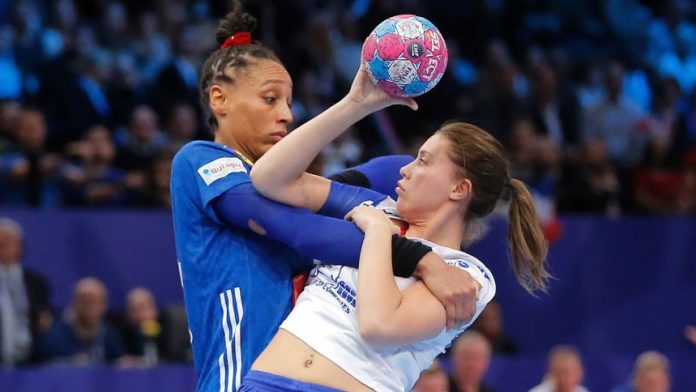 For the first Time must call France handball indoor champion of Europe: In the final of the tournament in their own country, the Team won with a 24:21 (13:12) against Olympic Champions Russia to the European title. In front of 14,500 Fans in the Arena of Paris-Bercy revenge for the 19:22 lost Olympic final of Rio de Janeiro. France had reached after three Bronze (in 2002, 2006 and 2018) for the first time a European final. The Russians, after all, four-time world champion, must wait for her first European title.

Before the Pause could settle none of the two Teams on more than two goals. At 16:13 (36.) France Ex-world player of the year Allison Pineau saw the Red card because they had made a seven-metre throw, the Russian goalkeeper in the head. However, Russia could not benefit from this weakening of the hosts.

Best thrower in the final, the Russian player Anna Vyakhireva with seven goals. The right wing player from Rostov, was also elected most valuable player of the tournament – as at the Olympics two years ago.

Before the world Cup-third in the Netherlands had increased his medal collection. By the 24:20 (15:8) in the match for place three against Romania, the team of trainer secured Helle Thomsen EM-Bronze. It is the fourth precious metal in the past four years, according to the silver medals at the 2015 world Cup and the 2016 European championship and Bronze at the world Cup in Germany in the previous year.

The German team had failed in the main round and finished the tournament as the Ninth.