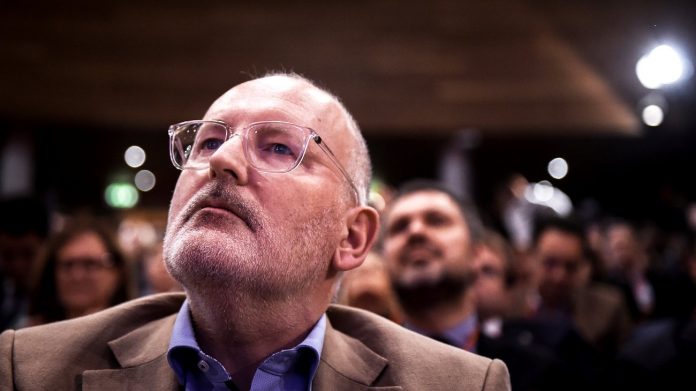 The European social-Democrats have intended the former Dutch foreign Minister, Frans Timmermans, the candidate for the European elections in 2019. The approximately 1,000 delegates to a party Congress in Lisbon confirmed him by acclamation. He was after the withdrawal of its Slovak competitors Maroš Šefčovič is the only candidate.

The 57-Year-old Vice-President of the EU Commission and intends to follow the luxembourger Jean-Claude Juncker as head of the powerful authority. So he is the rival of the CSU politician Manfred Weber, the leading candidate of the European people’s party EPP.

The SPD chair Andrea Nahles congratulated Timmermans on Twitter and wrote: “Europe is at a crossroads. We move on to greater solidarity or on ‘our Nation’? We social Democrats stand together to fight for a fairer and more social Europe. Much is at stake.”

The top two candidates from the major European party families are counting on a good chance to be the President of the EU Commission. The EU heads of state and heads of government had made in February, however, clear that there is at the person “no automatism”. The current President of the Commission Jean-Claude Juncker wants to no longer be a candidate.