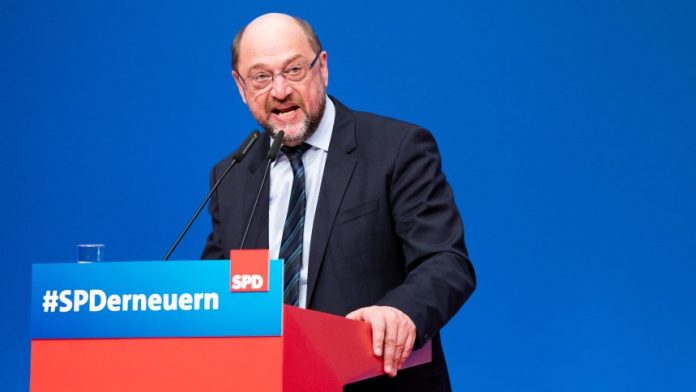 In may, will be elected the new European Parliament and Martin Schulz want drums before direct elections for the SPD. “I’m part of the Europe campaign in the coming year”, said the former SPD party chief of the Newspapers of the editorial network Germany (RND). “There will be an official appearances in the election campaign, in which I am fighting for my party.”

there is Already “an Abundance of invitations,” said Schulz, according to RND. He is seeking no office, but: “Wherever I can help Katarina Barley, I’m going to do that.” The current Federal Minister of justice, was nominated in October by the SPD party Presidium to the top candidate for the upcoming European elections in 2019. Regardless of the result of the 50-Year-old from your Minister wants to resign.

Schulz, the issue of Europe for the SPD a Chance, not yet used. “The whole government, the whole of the political Public sphere has failed,” he said in an Interview with the RND. “Emmanuel Macron has suggested a possible direction. Now the answer is missing.”

Europe is waiting on the Federal Republic of Germany, Schulz said: “After the Brexit Germany must go as a Pro-European Partner.” In the European elections, it is important that the values of tolerance, freedom and solidarity. “The values for which the SPD is – and this is a major opportunity.”

The former President of the European Parliament also has a specific requirement: Schulz wants to introduce an Internet tax for large digital companies such as Apple, Facebook, Google, and Amazon. “Olaf Scholz, the OECD has presented a concept. If it is not there to enforce, then we need to try it at the European level and in case of emergency, together with France, to enforce,” said Schulz of the RND. So a Central project should not fail due to “individual Objectors”.

Germany and France had agreed at the beginning of December on a compromise for a EU digital tax. It is to be introduced in 2021, if a solution at the level of the Organisation for economic co-operation and development (OECD) fails. The tax shall be three per cent of the turnover, but only on advertising revenues to be collected. Many other member States are strictly against it.