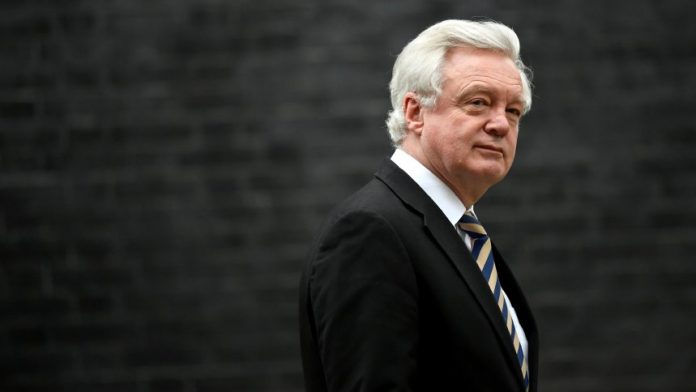 The former British Brexit-Minister David Davis has accused Germany and the EU to compromise in dealing with the United Kingdom. “Europe was determined to ensure that we would not have any advantages,” says Davis in an Interview in the current issue of the MIRROR. While his country had tried in Brexit negotiations, “to find a good output for all pages”, Brussels set to full on hardness: “Indeed, Mrs Merkel said, if I remember correctly, that Britain could benefit in any case from Brexit.” (Click here to read the full Interview at MIRROR+.)

Davis, 70, was entered in July of last year, in Protest against the resilient Brexit course of the Prime Minister Theresa May. The results of the EU-negotiated divorce deal, the British Parliament will vote, probably next Tuesday. The lower house will prepare the Plan for a quick end, prophesied Davis in the MIRROR: “The Brexit-the Deal will fail. And he will also fail if you take him, with a few cosmetic changes, a second or third Time to vote”.

There is no reason to be afraid of, then perhaps the ensuing Chaos, the Conservative. He does not think that withdrawal from the EU without any Deal for “controllable”: “possible that we will have Truck traffic jams. Who knows, maybe we will experience the hostile actions of European States. But whatever happens, after a year this will have given everything.” Otherwise end before, the most fearful tales were to say “the”.