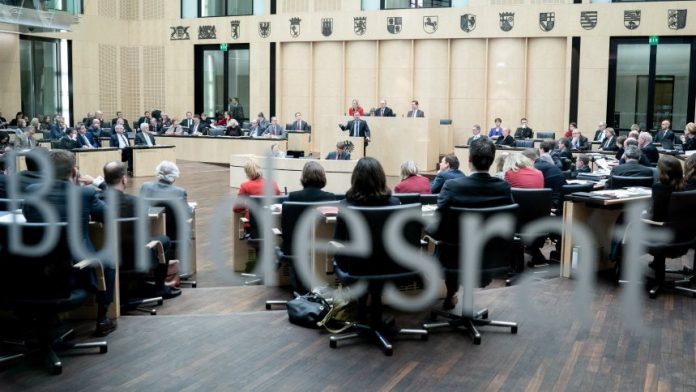 there was not a since 2001: The Federal Council has called for a planned amendment to the basic law of the conciliation Committee. The representatives of the provinces were unanimous that the bill should be fundamentally revised.

the occasion for the dispute of the digital Pact for the schools: The Federal government has promised to the countries to five billion euros for Computer and IT technology and the financing of digital learning content. The Pact is thus blocked for the time being.

However, in order for the Federal government to intervene in the sovereignty of the countries, and shall pay, must be changed in the basic law.

Originally a simple passage was planned, the only question that the Federation may grant the länder financial assistance for the municipal educational infrastructure. The Minister presidents of the Länder agreed – after all, the funds were not subject to any conditions.

to see the FDP and the greens. Without the guarantee that the countries spend the money on actually improving education, they would not agree to the draft law. In addition, a Co-financing has been written by the länder.

From the short-term Change in the States were caught unawares. They rejected the draft unanimously.

Particularly sharp criticism practiced in Baden-Wuerttemberg Prime Minister Winfried Kretschmann (Green party) in the Bundestag at the end of November approved amendment to the basic law. He spoke in the debate of the chamber of States of a “frontal assault on the Federal right.” The countries didn’t want to throw a “technical supervision” of the countries “under”.

The conciliation process will begin in the coming year. A date for the first meeting of the joint Committee of the Bundestag and the Bundesrat have not yet been determined. It is the first Time in the current legislative session, the mediation Committee will be called. In the matter of amendment of the basic law, the Committee was, however, already since the age of 17 are no longer active.