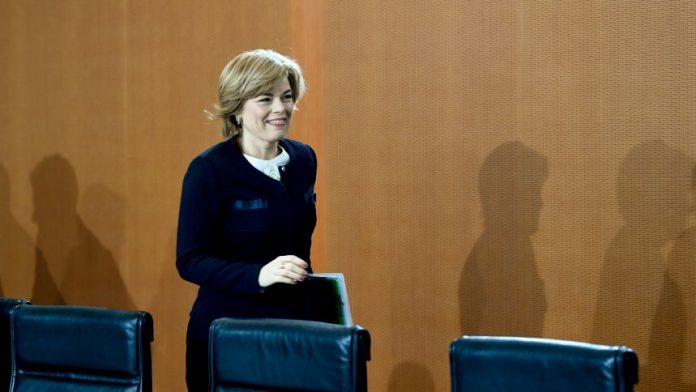 the Federal food Minister Julia Klöckner has agreed with several sectors of the food industry on target agreements for the reduction of sugar, salt and fat in ready-made products up to 2025. “The food industry has obliged for the first time and wants to get in your steps check, to reduce sugar, fat and salt in processed foods”, said the CDU-Minister of the “image”-newspaper.

It was a self-obligation, which should be reviewed in the coming autumn, for the first time, said Klöckner. “If the economy doesn’t cooperate, we will consider further measures,” explained the Minister.

according to The report, the industry of non-alcoholic refreshment undertook drinks to reduce 15 per cent of sugar in their drinks. The Association of cereals, flour and starch economy in said to use at least 20 percent less sugar in children’s Breakfast cereals.

The dairy industry Association have agreed that for children advertised yoghurt should not contain more sugar than normal yogurt, which means a reduction of about ten percent sugar.

The German deep-freeze Institute has undertaken, according to the report, to reduce the amount of salt in pizzas to an average of not more than 1.25 grams of salt per 100 grams of Pizza. The bakers of wool reduce the salt content in bread with lots of salt. There should be no limit.

Klöckner had already presented in November a “National reduction and innovation strategy for sugar, fat and salt in finished products”. This Wednesday morning the Federal government to advise the issue at their Cabinet session. Then Klöckner wants to inform the public at noon in a press conference about it.