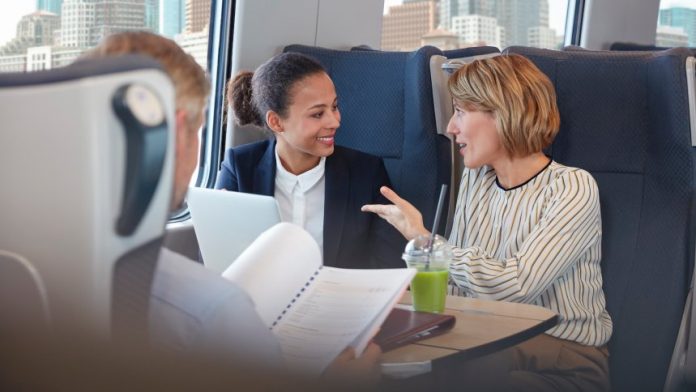 The Federal labour court has ruled that travel time is working time. In the judgment, it was a return trip to a foreign country. An employee of a construction company, had sued because he was credited for a trip to China only eight hours per day, although the actual journey time was considerably longer.

In a press release from the court, it is said, to travel to a foreign work to be remunerated “in the work”. This should only be checked, what is the actual trip had to be calculated time. In this specific case, the employee had asked for a special flight with a stopover, although a direct flight would have been available.

What are the consequences of the judgment?

employers whose employees travel a lot, need to count on the judgment with high additional costs. Workers can expect better compensation for travel or time off. But that’s not all. The verdict could change the world of work fundamentally, experts say.

Bahram Aghamiri, specialist lawyer for labour law in Hamburg, speaks of a change of case-law. “This could have an impact not only on remuneration but also on working time protection legal assessment of business travel,” said Aghamiri. “That would have far-reaching consequences, because then, for example, the question of whether one should ever take business trips that last longer than eleven hours.”

According to his estimation, the new rules would not be restricted to travel abroad, but should also apply to the domestic. To the final rate, it is necessary to wait and see, but the grounds of judgment. The Federal labour court is said to demand that the justification is expected to be presented in six to eight weeks.

Marta Böning, labour law expert at the Federation of German trade unions (DGB), is concerned that we will have to await the reasons for the decision. Only then one could judge, “the extent to which the decision underlying considerations are generally based on the compensation for the business trips in the domestic transferable”.

Basically, the DGB is responsible, but has Long been of the opinion, “that all travel times, including outside of regular working hours are generally chargeable working time. This must apply in our opinion, equally for domestic and foreign service trips,” says Böning.

The Federal Association of wholesale, foreign trade and services (BGA) does not want to overstate the decision. “The only present press release of the Federal labour court is formulated so imprecise that there are no effects on the Wholesale and foreign trade can be derived,” said BGA’s press spokesman, André-Black on request.

Since the judgment, “refer to a specific collective agreement in the construction industry”, could be “no General principle, that travel time is generally chargeable working time”. In addition, Schwarz noted that the press release explicitly from service trips abroad. In this respect, no Parallel for business trips within Germany could be.

what is the procedure for the settlement of business trips so far?

“so Far, due to travel for more work are not to be compensated, in principle, as working time is,” said Aghamiri. “Unless the employee is explicitly required to provide during the service journey time to work, or there are regulations in the employment contract, a works agreement or collective agreements that provide for a payment obligation expressly.”

For business or business trips to apply since the beginning of 2014, slightly altered sentences. Previously, the employer has reimbursed the employee for 6 Euro, if this was at least 8 hours on a business trip. There were at least 14 hours, he got 12 Euro, 24 hours 24 Euro.

According to the new scheme, the first stage falls away: Now there is the tax-free 12-Euro-lump sum in case of an absence of 8 hours. The employee is away for professional reasons, 24 hours from his apartment, he gets, as before, 24 Euro. According to the Federal taxpayers, it is to be expected of a professionally led away activity, if the employee is temporarily outside his apartment and his actual place of work. overnight cost:

The tax office as in the past, costs for overnight Stays in Hotels or pensions, when workers have to work abroad. The expenditure can then be used as a business expense. However, the existence of receipts for such costs.

the difference now, however: The IRS requires that the expenses be made within a period of 48 months. Then Central North Rhine according to the information of the consumer-Westphalia only up to 1000 Euro per month as advertising costs for the overnight stay tax deductible. The period begins again, if the employee has been suspended for a foreign activity for at least six months. bonus miles:

sales staff or managers of international corporations are often frequent flyers and collect miles for this bonus. Then it irritates one or the other to fly up to London or Madrid, and for a bonus, use the miles. But this is not a good idea: Who is doing this without explicit permission, may lose his Job, warns the labour rights activist Nathalie Oberthür.

Because the Federal labour court has ruled that services purchased bonus miles, in principle, the employer is entitled to, and not a private property of the employee. It was otherwise only, if the employer has expressly allowed, the bonus miles to use private. In any case, it is advisable to look in the contract of employment, or to clarify whether there is an operational agreement.

In principle, the same applies to bonus points for the Bahncard, the Deutsche Bahn: they, Too, can not be used without permission for private travel.

there is no explicit regulation exists If the statutory minimum standard, according to the business travel prompted are to reimburse the cost. These include, in addition to the pure travel, more expenses for meals, accommodation costs and travel costs in addition to costs.

In many industries, collective agreements, travel times shall be remunerated. “These awards can make Union members free of charge through the trade Union legal protection claim”, says the DGB-expert Böning.

The trip compensation for public servants, judges and soldiers is regulated in the Federal travel expenses act, which took effect in its current Form in may 2005. In addition to the reimbursement of travel and accommodation costs of officials to claim to-day money or a lump-sum expense allowance.

How services are regulated to travel in your company? imago/photo case you always fly Business Class, you will have a company car, or you drive 2. Class by train? Your employer will only pay for the travel expenses, or is paid for the time?

Send us your experiences with service trips – no matter whether within Germany or internationally. (With a submission, you agree with an anonymous publication on SPIEGEL ONLINE, and all the other media of the SPIEGEL group agrees.)