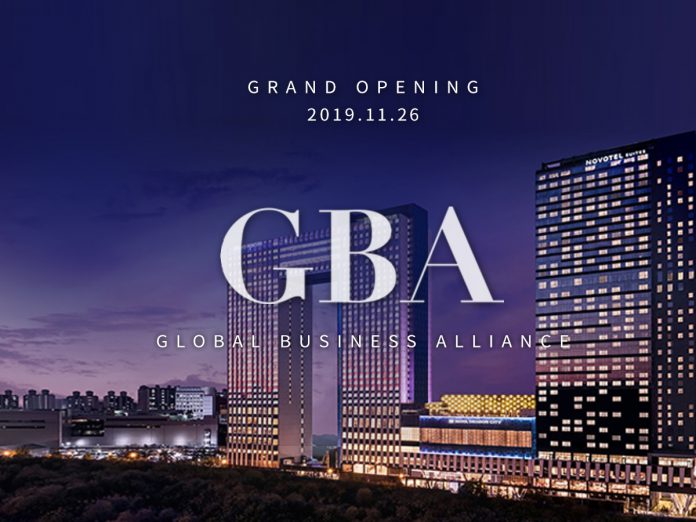 A unique business platform is set to kick off in Korea later this month to bridge foreign and Korean entrepreneurs, according to the Global Business Alliance (GBA) on Nov. 18.

The grand opening, which the GBA said will help not only businesspeople but also diplomats here, is scheduled to take place at 18:00 on Nov. 26 at Yongsan Dragon City Hotel.

More specifically, the GBA underpins export channels of Korean companies and introduces key products from Korean and offshore firms in its monthly meetings.

The GBA held its first board meeting this May. It also gathered scores of young leaders from across the world, called “future leaders of the GBA,” twice in August and September.

Oh said that the GBA will develop an innovative and socially responsive community.

“The GBA is a new and unique initiative set up to engage leaders in multiple sectors within Korea in order to shape the next chapter of world development by improving diversity of knowledge, expertise and ways of thinking through connecting foreign and Korean entrepreneurs along with diplomats, trade counselors and international startup leaders,” he said.

“We share a set of values and beliefs with our members to think about a bigger picture by proactively shaping and caring about raising standards and improving the perception of the member’s businesses.”

He also noted, “Our extensive and relevant range of members benefits provides professional and practical support to help them to drive businesses efficiently with successful results.”

He currently operates one of the biggest foreign restaurant franchises in Korea by specializing in Halal cuisine in a total of 16 locations across the country.