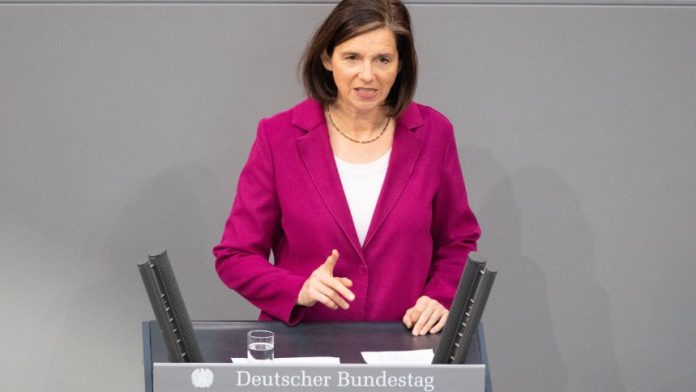 The next regular parliamentary election is still about two years – however, Green party chief Katrin Göring-Eckardt has not chosen to apply again to the top candidate of their party. “I was twice a top candidate and it was a great task. But the next Time the others do,” said the Newspapers of the Funke media group.

Göring-Eckardt and Cem Özdemir as the top candidate had reached the Greens in the Bundestag election in 2017, a result of 8.9 per cent. Under its current Chairman, Robert Habeck and Anna Lena Baerbock you are in the polls at 19 percent to 20 percent.

“Our party leaders are the Right ones at the right time,” said Goering-Eckardt and explained the survey: “We will show and speak on topics that are important to people.” In the negotiations on a Jamaica-coalition, the Greens have proven that we are willing to take responsibility. “The people appreciate, especially given the scant presentation by the government coalition of the CDU and the SPD.