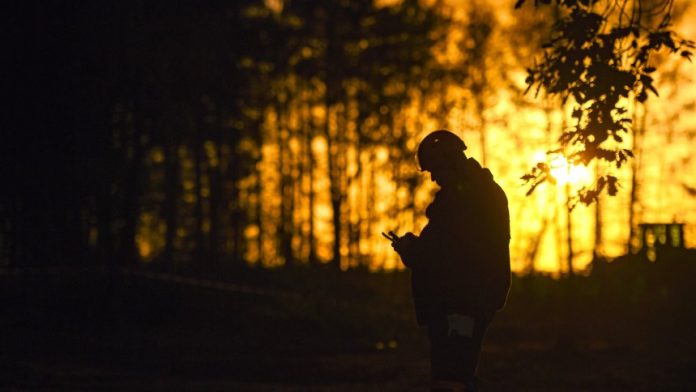 In the hambach forest, it came on Christmas eve and in the course of the night, according to police reports, again to riots. Late on Monday night, masked, Unknown, threw once again the safety of the camp by the energy group RWE with Molotov cocktails and stones. The Aachen police said. Two vehicles had caught fire and two other Cars were damaged by thrown stones.

Again-by the police in #hambach forest:

Unknown masked persons attack a security camp @RWE_AG with Molotov cocktails and stones. #Police #Aachen with numerous officials and police helicopter in use.

in Addition, would have thrown the Unknown stones on the fire trucks of the fire Department, base on the way to the burning cars at the RWE-Device. Therefore, you would have to set there also a barricade on fire. The Unknown had subsequently fled into the forest.

The police was still in the night with numerous officers and a police helicopter. The criminal investigation determined, among other things, in relation to a suspicion of a particularly serious violation, willful arson, and grievous bodily harm.

The Hambacher forest between Cologne and Aachen was in the past few months, the Symbol of the resistance against brown-coal-fired power generation. The RWE group intends to grub up a part of the forest, to increase the size of the adjacent open pit mine of Hambach. The higher administrative court in Münster imposed, however, stop at the beginning of October by Eilbeschluss a Clearing.