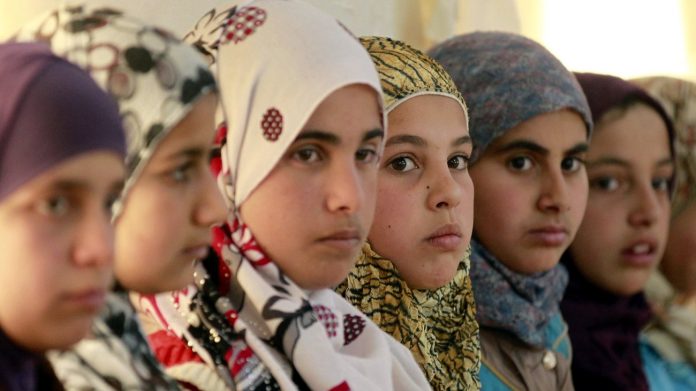 read Often, it is not difficult to confuse the political discourse in Austria with the in Absurdistan. The government parties have nothing Better to do than save the Christian West before the alleged mass onslaught of little girls that wear a head scarf. And upper Austrian teachers will soon punish all of the students, the use of break in a language other than German.

And the Opposition? Neos and the SPÖ agreed to the ban on the headscarf first of all, “conversation”, instead of pointing loud and clear to the fact that these plans of the government against fundamental rights violated. The Minister of education has, meanwhile, no opinion, because it was a “political” and not a scientific question. It is merely to freedom of religion and discrimination.

So much the fear of politically-sponsored hysteria of the “Wutbürger” has destroyed the rationality of Austrian policy that the presumption, “our values” were threatened by the headscarves of young children, poisoned the public debate.

With the restriction of the freedom to wear a head covering is a free choice, should be taught the basic value of freedom and the principle of freedom of religion underlined by the forbidden a religious community attributed to traditional clothing. Religious tolerance should be promoted by the fact that one, only one, the state-recognized denominations singled out and the negative is hallmarked.

You can, consistently, against the use of religious symbols in the public space. I then cross rooms in court or classrooms are not acceptable. You can also be, however, that in schools and kindergartens, religious symbols to be worn, then the Jewish kippah has there as no place like an Islamic head scarf. You can implement the principle of the secular state with a last consequence, but then do not engage in such an understandable, if perhaps unreasonable policy, just against a religion.

This article dates back to the TIME no 49/2018. Here you can read the entire issue.

The government wants to fight the freedom-limiting effects of religiously motivated clothing in which it restricts the freedom of people to decide in a free election for or no headgear. And this is – at least latent – totalitarian. That are not members of the national Council of the Republic have referred to, but a Roman Catholic theologian Paul Zulehner, just shows how low political debate can be reduced; and how vicious it has become.

One has to imagine the direction in which all this points. What else than a step in stupidity (perhaps) tempered totalitarianism it would be, if in public schools teachers before the question be put, whether the foreign – sounding tones – trapped on an upper Austrian yard-an Alemannic dialect form (and, therefore, “German”) or Albanian (and therefore “foreign” and banned). Or if in a public Kindergarten in Vienna, the head covering, which often carry young male Sikhs (as a “practice” in their religious traditions), the Islamic head scarf, the girl is the same. Welcome to the Land, in the teachers with the tasks of a paranoid, Quasi-Stalinism to be overloaded.