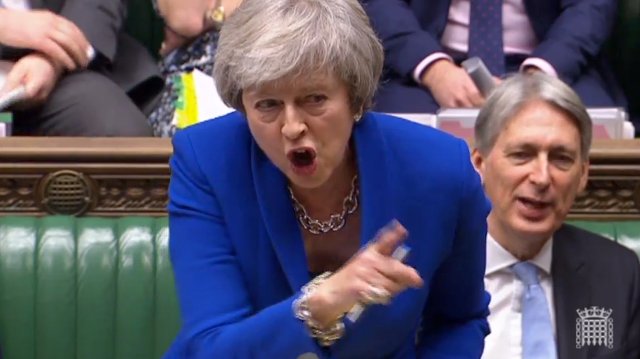 At the last question time before the Christmas holidays, it came in the British house of Commons to tumultuous scenes. Members of the conservative government group, have accused the leader of the opposition, Jeremy Corbyn, to have the Prime Minister Theresa May during the meeting as a “stupid woman”.

Parliament speaker John Bercow has refused to admonish Corbyn because he had not heard the alleged insult. Bercow was protests, then the target of the angry and obviously had to produce the effort, peace and order in the Parliament.

Corbyn said shortly afterwards in the house of Commons: “I have called the Prime Minister a stupid woman ‘and no one else.” He was against any Form of sexist or misogynist language. The conservative MP Andrea Leadsom told the BBC: “This country and this house will draw their own conclusions.”

a spokesman for Corbyns had rejected the demands for an apology before. Justification: The Labour leader didn’t say “stupid woman” but “stupid people” – and to the members generally based, not on May personally.

May responded to Corbyns statements only indirectly. The Prime Minister said, everyone in the Parliament should encourage women to participate in the policy and a correct language to reflect on – especially in “the hundredth year of women’s suffrage”.