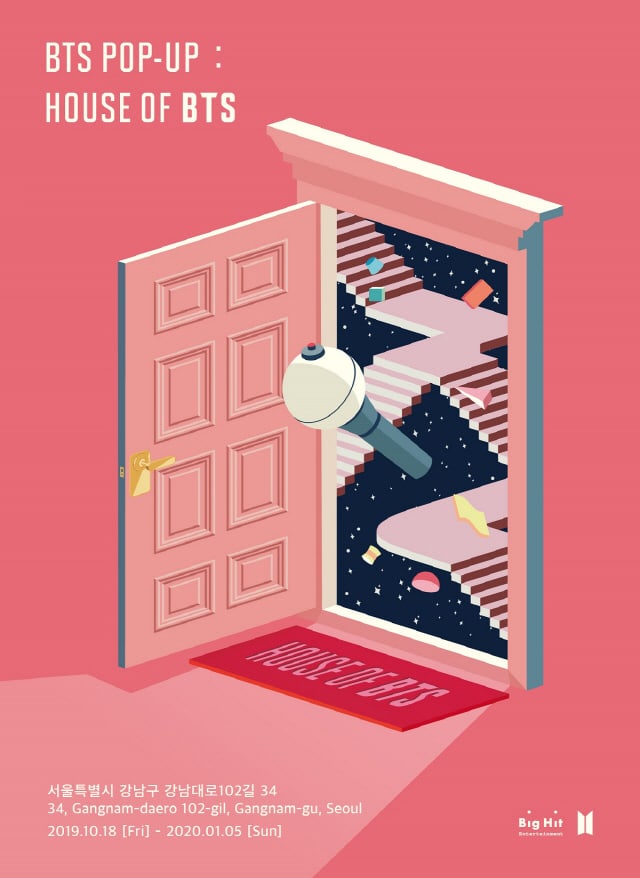 Boy band to set up pop-up store in southern Seoul

Bit Hit Entertainment, the agency of K-pop superstar BTS, plans to open a pop-up shop in southern Seoul for the next couple of months through early next year.

The Seoul-based label recently said that the pop-up store, named “House of BTS,” will open October 18 through January 5.

Visitors will be allow to attend a showroom in the shop, which an entire building in Gangnam-gu will accommodate. They can watch BTS music videos and watch various items there.

“House of BTS” will adopt the pink theme in tandem with the seven-piece boy group’s latest album “Map of the Soul: Persona,” which was dropped this April to rock the globe.

The K-pop act went through the globe-trotting tour over the past few months after the release of the BTS fourth studio album.

BTS was back at work last month after having an extended break in August for the first time since its debut in 2013.

The band plans to perform in Saudi Arabia this week before returning to Korea to play here later this month.