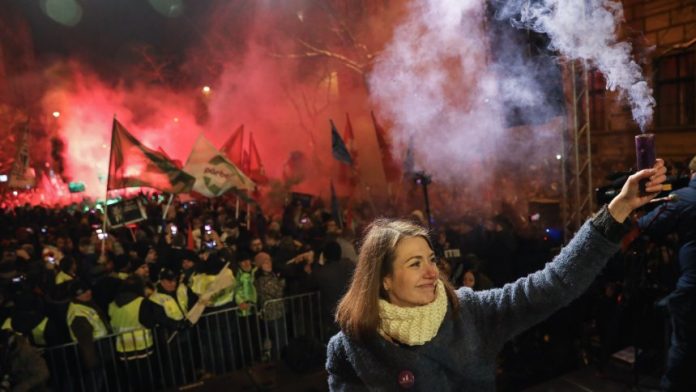 In the Hungarian capital, Budapest, on Sunday evening, several thousand people a call by the Opposition and trade unions to protests against the new labour law. Media estimated the number of rally participants in the centre of the city to around 15,000.

It was the fourth rally within a few days against a law that allows employers to require their employees up to 400 Overtime hours per year.

The protesters condemned the new rules as the “slavery law”. They were followed by a joint protest call by the opposition parties, the Greens over the socialists and Liberals to the extreme right-wing parties with a wide ideological spectrum represented.

protests in other cities

The law was adopted on Wednesday by the Parliament. It triggered the biggest wave of protest since the beginning of the term of office of the right-nationalist Prime Minister Victor Orbán in 2010.

The protests are directed against a also on Wednesday the Parliament passed the law for the new “administrative courts”. This should be supervised by the Minister of justice Lászlá Trócsányi, a close ally to the heads of government of Orbán. But critics warn that excessive political influence on the judicial system.

According to Reports from the local media went on Sunday even more people on the road than the days before. For the first Time, citizens in towns and cities in Hungary demonstrated, such as in győr, Szeged, Miskolc and Debrecen.