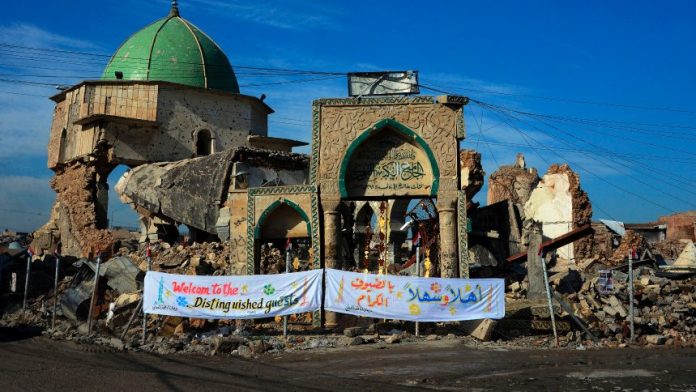 More than a year after the destruction of the Great mosque in the Northern Iraqi city of Mosul, the reconstruction of the historic building has begun. At a small Ceremony in the old town, the Foundation stone was laid. Newly built, the famous crooked minaret, a landmark of the city.

The “Islamic state” (IS) had blown up the mosque in the summer of 2017, as the battle for the city went into the final stage and defeat the terrorist militia. The location is highly symbolic: In the mosque the IS-leader Abu Bakr al Baghdadi in 2014, had proclaimed the “Caliphate” of the jihadists.

The house of prayer is on the 12. Century back and is also called Al-Nouri mosque, is known. The wrong standing 45 meters high minaret is also called “Al-Hadba” (“Curved”) or jokingly “The leaning tower of Mosul”.

The United Arab Emirates (UAE), according to an agreement with Unesco and the Iraq of around $ 50 million (41 million euros) for the reconstruction of Mossuls cultural heritage – including the mosque.